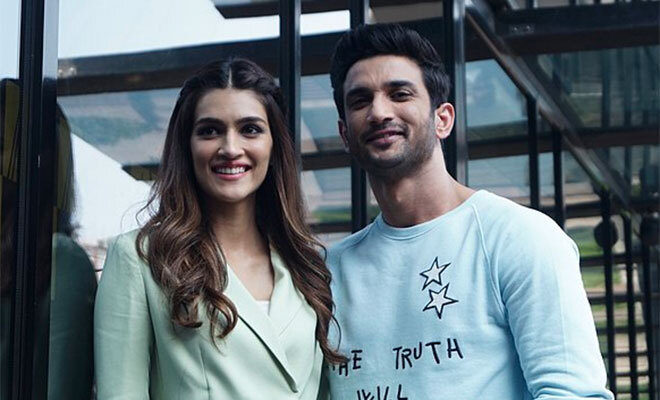 You know one of the best parts of having friends? Yeah, yeah the support and sense of belonging aside, the best part is having someone to sulk to. The fact that I can call them at any point of the day, tell them that I am annoyed and can rant is absolutely precious to me. What’s more precious is the rare occasions where we get drinks and then turn them into a session of just being sad together. As depressing as it sounds, I genuinely cherish these moments with them. I am sure Kriti Sanon agrees as she recalled sulking with Sushant Singh Rajput and director Dinesh Vijan after the commercial failure of Raabta.

In a recent interview, Kriti Sanon spoke about how she drank wine with Sushant Singh Rajput and Dinesh Vijan due to the failure of the 2017 movie, Raabta. Kriti said that after the critical and commercial failure of Raabta, the three of them spoke over some wine about what could have gone wrong. Kriti said that while the film was in making, she warned Dinesh and Sushant about the ineffectiveness of flashbacks within the movie. However, neither of them took her seriously and looked at her with a look that said, “Isko kuch nahi pata.”

Kriti Sanon said that after the negative reviews, Dinesh called her and Sushant over saying that he was in a bad mood, understandably so. Over wine, he admitted that the flashbacks were a bit too complicated and he should have gone for a more simple outlook. A very redeeming ‘I told you so’ moment for Kriti! She went on to say that she learned a lot from the failure of Raabta and failures in general. She remembered that Sushant would make notes about his script and she also started doing the same since she worked with him. Raabta’s legacy forever will be connected to Sushant Singh Rajput who passed away in 2020.

While failures are an inevitability of life, they do hurt and leave an impact on you. However, they do present an opportunity for learning, growing and redeeming. Kriti Sanon seems to have taken failure in her stride and that is a rarity but a pretty powerful skill to have.

Amidst Nepotism Backlash Against ‘Gunjan Saxena’, Janhvi Kapoor Refuses To Be Apologetic About Her Work. She’s right.