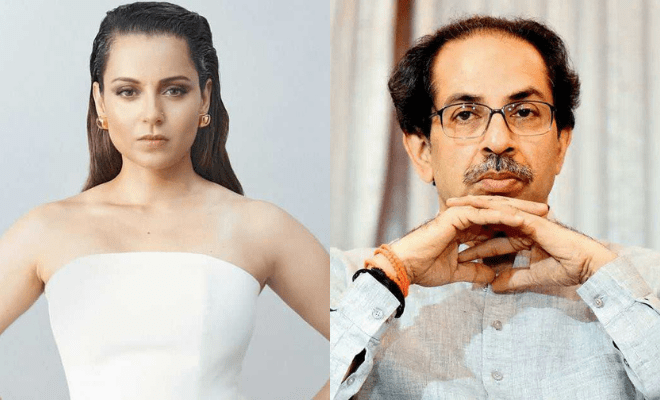 I don’t think a month goes by without Kangana Ranaut making the headlines for some controversial remark she’s made. Just look back to 2020, when she spoke her heart out without mincing any words and took a shot at Maharashtra CM Uddhav Thackeray. Her remark came right after the BMC had demolished her Mumbai office alleging illegal construction in September 2020. And this demolition had come days after the actor’s verbal face-down with Sanjay Raut on Twitter. And now, that Uddhav Thackeray-led government is facing a political crisis in Maharashtra, Kangana Ranaut’s old video, wherein she is seen lashing out at the politician has gone viral on social media all over again.

And seeing the political situation Thackeray is facing in Maharashtra, it seems that Kangana Ranaut’s words have come true. In fact, many social media users have started re-sharing the video and claiming that the politician is paying the price for all the bad karma he has done. One of the users even wrote, “What goes around comes around, karma #MahaVikasAghadi #UddhavThackeray”.

Check out the reactions by online users:

This a sad sad truth… But jaise humari sabhyata mein sikhaya jaata hai,
जैसी करनी वैसी भरनी।
Thinking short term Uddhavji did not see the long term repercussions of distancing from the core principles of Hindutva for him and his party.
Bala saheb was a lion of a man.
Sad day

Everytime i see this picture, i am convinced that #Karma will take it's toll !!#Karma pic.twitter.com/Zh75VHPkxx

The situation has gotten so bad that Uddhav Thackeray is on the verge of resigning from his position after one of the rebel Shiv Sena ministers, Eknath Shinde, claimed that he has the support of 40 of the party’s 55 MLAs and 6 independents and flew to BJP-ruled Assam.

Samantha Ruth Prabhu Discusses Unfairness Of Life With Sadhguru. His Reply Is A Reality Check For All Of Us