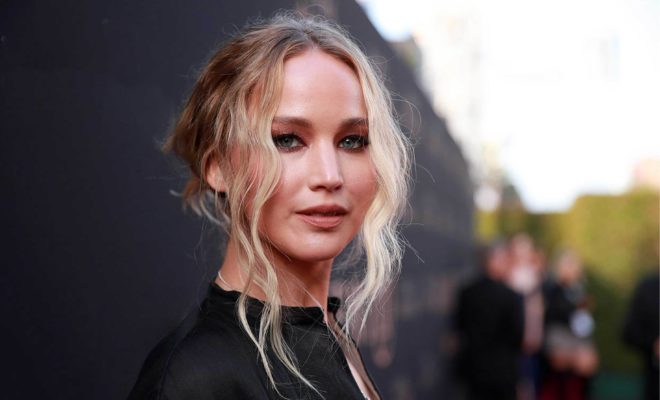 Jennifer Lawrence Opens Up About Stepping Away From The Limelight. Her Reasons Are Completely Valid!

All of us have moments where we get overwhelmed or have this urge to just escape from reality. Sometimes everything around us is too much and we might need a break. Such phases can be very draining and can also affect your mental health. For me, this has happened multiple times in my life but I majorly experienced it in the last 2 years, thanks to the lockdown. I cannot even imagine the kinda pressure celebs have to be under constantly being in the public eye and scrutinized for every little thing they do. Many step back and take a break at times like these, which I believe all of us should. Jennifer Lawrence did the same as she was MIA for almost 2 years. She recently opened up to People about her decision to step back from the limelight.

Jennifer Lawrence was last seen in X-Men: Dark Phoenix (2019). Since then, she seemed to have backed off from the public eye and taken time to herself. She will be seen on the cover of  Vanity Fair‘s December issue. Speaking about her hiatus, Jennifer Lawrence said, “I was not pumping out the quality that I should have,” she continued saying, “I just think everybody had gotten sick of me. I’d gotten sick of me. It had just gotten to a point where I couldn’t do anything right.”

Jennifer Lawrence talked about the effects of people and their constant speculations had on her, “If I walked a red carpet, it was, ‘Why didn’t she run?'” she continued, then noting, “… I think that I was people-pleasing for the majority of my life.”

She continued to talk about the pressure work added to the situation saying, “Working made me feel like nobody could be mad at me: ‘Okay, I said yes, we’re doing it. Nobody’s mad.’ And then I felt like I reached a point where people were not pleased just by my existence.” Jennifer Lawrence lastly added, “So that kind of shook me out of thinking that work or your career can bring any kind of peace to your soul.”

Jennifer Lawrence is set to be seen in Adam McKay’s upcoming Don’t Look Up along with  Leonardo DiCaprio, Meryl Streep and Jonah Hill. Honestly, I believe we all need a hiatus every once in a while. While we cannot afford to take 2 years away, we can always take some time to ourselves and give our minds a break, We owe ourselves that much at least, don’t you think?

Reese Witherspoon Says Online Streaming Platforms Have Been A Blessing For Women And We Agree!