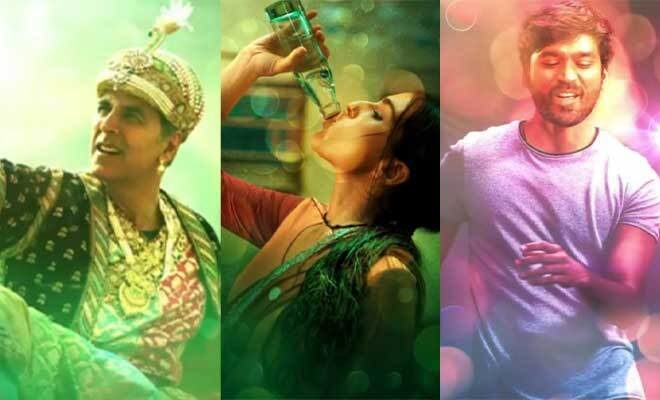 The First Look Posters Of ‘Atrangi Re’ Starring Akshay Kumar, Sara Ali Khan And Dhanush Have Our Interests Piqued!

Atrangi Re starring Akshay Kumar, Sara Ali Khan and Dhanush is one of the most anticipated movies of this year. Director Aanand L Rai has revealed the first look motion posters of the lead characters Akshay Kumar, Sara Ali Khan and Dhanush. He shared the looks on his Instagram profile with an intriguing tagline of the film, ‘A Love Called Madness’. Hmm, looks like the audience will experience a roller coaster ride while watching it…

Rai introduced the Padman actor’s character and wrote, “If magic in every frame is what you seek, look no further than @akshaykumar in this atrangi love story.” In the motion poster, the Khiladi Kumar can be seen in three different looks. He is in the avatar of a drummer, a magician and a king. He always goes one step further to entertain his fans, so this is no surprise!

“If you don’t find love, it finds you. Meet the heart of this strange love story, Rinku,” the director wrote while introducing Sara Ali Khan’s character and also revealed her character’s name. Bonus, I guess!

Introducing south superstar Dhanush’s look, the Raanjhanaa director wrote, “Collaborating with Dhanush again was delightful. Vishnu’s character is everything an atrangi love story like this could wish for,” Dhanush is playing a vagabond in this upcoming romantic drama.

Aanand L Rai also shared a couple of posters, “Experience love like never before with the perfectly imperfect #AtrangiRe trio,” and now we are excited. In the first poster, the three leading characters can be seen. The other one showcase Sara as a sleepy bride and Dhanush as an over-excited groom with their relatives around them. And we are guessing, are they the endgame couple in this trio? We have to watch the movie to find out!

Also Read: 5 Thoughts I Had About The ‘Jersey’ Trailer Starring Shahid Kapoor, Mrunal Thakur: A Tale Of Love, Lost Dreams And Hope

The filming of the movie started in December last year. Back then, pictures from the sets of the film in Agra created a buzz on the internet. The movie has been shot in Varanasi, Madurai and Delhi too. Atrangi Re is written by Himanshu Sharma and the musical maestro AR Rahman has composed the album for the film with songs penned by ace lyricist Irshad Kamil.

Atrangi Re trailer will be out today, and the film releases on Disney+Hotstar on December 24.