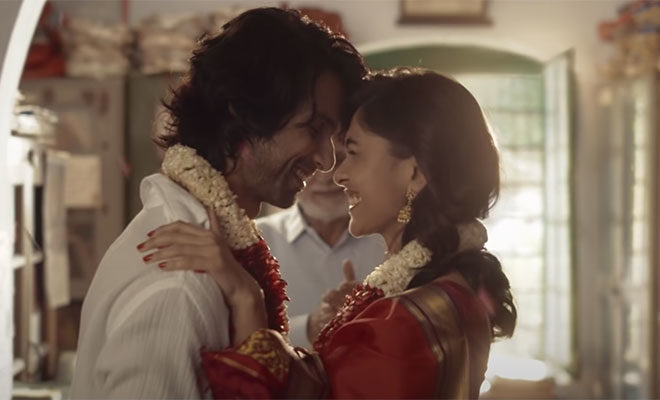 5 Thoughts I Had About The ‘Jersey’ Trailer Starring Shahid Kapoor, Mrunal Thakur: A Tale Of Love, Lost Dreams And Hope

Weaving together a heart-warming narrative, Shahid Kapoor is all set to return to the silver screen alongside, Mrunal Thakur and his father Pankaj Kapur in Gowtam Tinnanuri directorial Jersey. Illustrating the journey of an ex-cricketer, whose struggle to meet ends takes him back to the field he once ruled, offers a promising performance by the entire cast. Remake of the blockbuster Telugu sports-drama of the same name starring Nani and Shraddha Srinath, its 2 minutes 53 seconds long trailer offers a glimpse of finely layered characters portrayed by Shahid Kapoor and Mrunal Thakur. Amongst one of the much-awaited list of films, Jersey was earlier slated for August 2020 release, but has finally found a spot on the big screen and will release on December 31, 2021.

So, here are 5 thoughts I had while watching the trailer of Jersey:

1. A story of unfulfilled dreams. A rather common narrative that plays on loop in the Hindi film industry, Jersey too is the story of unfulfilled dreams, lost ambitions, and the struggles of shouldering a family and home. Reliving the magic of his dreams, to fulfil his son’s wish for a jersey, Shahid Kapoor’s promising portrayal of a doting father, stuck amid the hurdles of life is evident in the trailer.

2. Actress Mrunal Thakur’s portrayal of Vidya finally unleashes the side of the actress we all wanted to watch on the big screen. Tangled between a broken marriage and financial crisis, Mrunal is seen essaying the character with layered emotions that peal through the progression of the film.

3. The perfect combination of love and cricket. A narrative marinated well with love and cricket never goes wrong. The sports-drama formula has been a sure-shot hit for many and hopefully will for Jersey as well.

4. The Kabir Singh flashbacks are real! Returning to the silver screen post his blockbuster hit Kabir Singh, actor Shahid Kapoor can be still seen with residues of his roaring character Kabir in Jersey’s Arjun Raichand. With scenes and background score that look and sound familiar, accompanied by the actor’s look as portrayed in the trailer, take you back to 2019’s most controversial narrative Kabir Singh.

5. The father-son bond is something I am looking forward to! What brings a sense of freshness to Shahid Kapoor’s roster of films is the beautiful bond of a father-son duo in Jersey, which indeed is something that the actor hasn’t tried before and is exciting for the audience to watch out for. All while he acts with Pankaj Kapur, his IRL dad. Nice parallels, if you ask me!

Hopefully, Jersey will live by the expectations of fans, and bring the sport to life for the audiences. It releases on December 31, 2021, just in time for the new year.