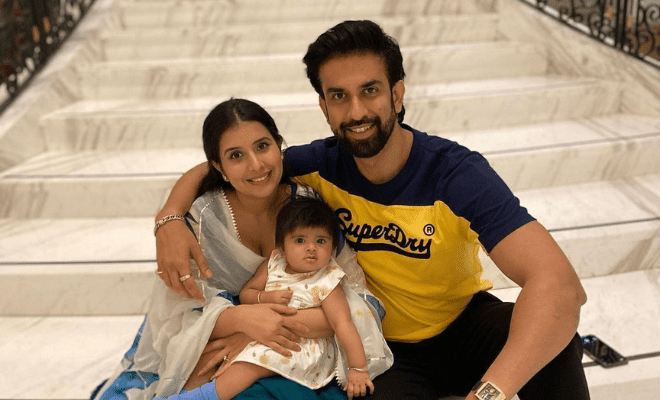 Are Charu Asopa And Rajeev Sen Getting Divorced? Fanning Rumours, Actress Deletes All Pics With Husband From Instagram

You know, I believe that I’m a realist because I generally don’t expect the impossible. So you should believe me when I say that the ‘happily ever after’ is a BIG FAT lie. The truth is that things change, including relationships and when you are thinking that you have found your perfect ending, life hits you like a truck and says. “Picture abhi baaki hai mere dost!” Speaking of relationships, actress Charu Asopa has deleted all the pictures of her husband Rajeev Sen from her social media account amidst divorce rumours. Looks like all is not well in their marriage.

For the unversed, there have been many speculations about Sushmita Sen’s brother Rajeev Sen and Charu Asopa’s divorce. And now, fanning all the separation rumours, Charu Asopa has deleted all the pictures of Rajeev from her Instagram account. However, the Mere Angne Mein actress has retained the surname ‘Sen’. On the other hand, Rajeev has not deleted any picture of Charu from his account.

In a Youtube vlog titled ‘Please mujhe aur meri bachhi ko jeene do’, Charu Asopa indirectly took a jibe at her husband Rajeev. She mentioned that he does not spend enough time with their daughter, Ziana and added that a parent should not leave her child and go to Delhi.

Well, I think we shouldn’t jump to conclusions and just wait for the official announcement from the couple itself. Kendall Jenner And Devin Booker Call It Quits After Dating For 2 Years, But There’s Some Hope Of Them Getting Back Together