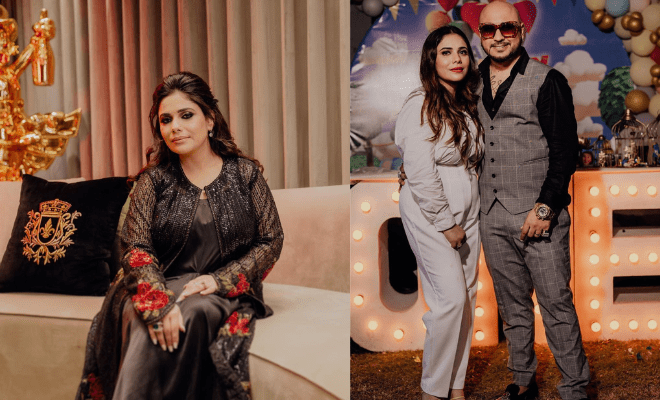 I feel like no matter at what age or stage, losing a child is always taxing for a parent. And while most of us have the luxury of choosing to not talk about it, I feel like people in the public eye do not have that luxury. Moreover, many of them are now coming forth and talking about their traumas openly to make people in the same position as them feel less alone and supported. A while back, John Legend and Chrissy Teigen opened up about losing their baby, Jack. Now Meera Bachan, B Praak’s wife, broke her silence on social media days after the pair lost their child at the time of his birth. B Praak announced the news on social media last week, asking supporters to respect his privacy. Meera has now written a heartfelt statement for their baby, saying she will always adore him until the end of time.

Meera shared a statement on Instagram saying that there’s a wonderful angel in heaven that is a part of her and that is not where she wanted him to be but God intended him to be. She then adds that he was here for a little while and though he is in paradise, she says that he is not far away. Meera said that he touched many people’s hearts in a way that only an angel can.

Meera then said that if she had known what would happen, she would have loved him even more deeply and that will always love her baby even if he are not with her. She added that she thinks about him every second and wishes that she could turn back time and tell him how much they adore her. She then says that his little heart has been thumping so hard for months and now has been silent for a while. Meera said that the baby’s small arms and legs which had been moving for months are suddenly still. She then painfully states that they had hoped to watch their baby grow and keep him close but fate had other plans.

Meera finally said that she will love her baby until the end of time and the reality is that he is, are, and will always be his. Meera signed off by saying, “I love you, My Angel.” Meera received love and support in the comments section shortly after she shared her message with her baby. B Praak and Meera married on April 4, 2019. In 2020, they welcomed their first kid, son Adabb. They announced earlier this year that they were expecting their second child.