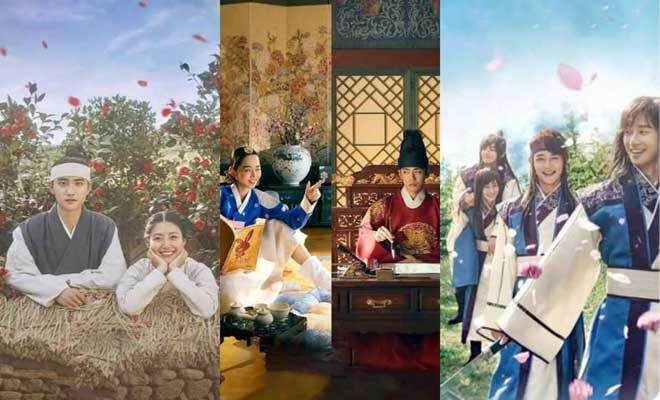 Annyeong! I’m a huge fan of Korean pop culture, and I love watching Korean dramas. If you are an avid fan of k-dramas like me then you might know that there is a special category of K-dramas which is known as historical or sageuk dramas. Well, I like watching K-dramas of every genre and period but historical dramas have a special place in my heart and trust me when I tell you that historical K-dramas are much more thrilling and aesthetically beautiful. The mind-bending plotline, the memorable characters, the sweet language, exotic setting, delicious food, and most importantly the royal costumes are literally *chefs kiss*

When they were kids, Yul (EXO’s Do Kyungsoo) falls in love with the kind and compassionate Yi Seo (Nam Ji Hyun). Due to political conspiracy, Yi Seo’s father gets killed and in order to save her life, she escapes with her brother. Sixteen years later, Yul is the crown prince but loses his memory in an assassination attempt. Fate brings the two childhood lovers together and the story continues with them slowly falling for each other without knowing each other’s true identity.

If you like political conspiracies, blooming romance, deadly action sequences, and mystery you must watch 100 Days My Prince. 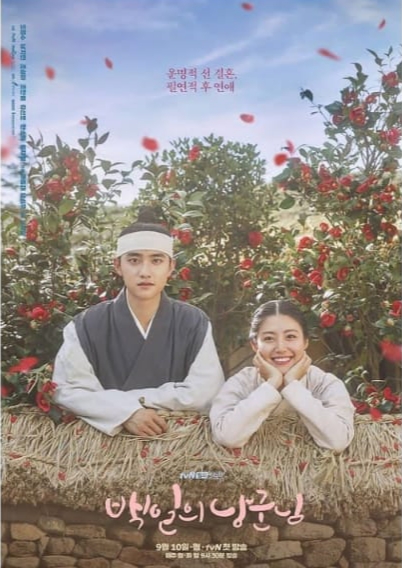 Due to a solar eclipse, a 21st-century woman Go Ha-jin (IU) travels back to the Goryeo dynasty period. She finds herself in the body of Hae Soo. Soon she befriends all the royal princes of the Wang Family, which was ruling the nation at the time. She falls in love with the warm-hearted 8th Prince Wang Wook (Kang Ha-neul) but later realises that she loves the 4th Prince Wang So (Lee Joon-gi) who is cold-hearted, fearsome, and dangerous and hides his face behind a mask due to a scar which was considered as inauspicious at the time. It portrays the realistic history and the thirst for power and throne that can make relationships void.

Moon Lovers: Scarlet Heart Ryeo is one of the best Korean dramas ever. All the actors are amazing including Kang ha-neul, Kang Han-na , Hong Jong-hyun, Byun Baek-hyun Nam Joo-hyuk , Ji Soo. You must watch this drama if you like fun episodes with a heart-wrenching and sad ending. 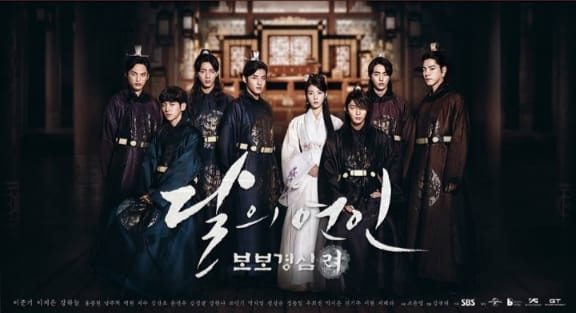 Based on a novel, The Red Sleeve is set in the 1700s. Yi San (2 PM’s Lee Junho) is a perfection-loving young crown prince who has resolved to become a benevolent monarch. But the way his father was killed has scarred him emotionally. In court, he falls in love with Sung Deok Im (Lee Se Young). According to the rules, she cannot marry the future king but can be his official concubine. But Sung Deok is strong-willed and free-spirited and is fully aware that becoming a royal consort will restrict her freedom and joy. As the story continues, Sung Deok realizes that Yi San’s love is true, and forming a union with him will benefit the troubled kingdom.

The Red Sleeve is an ongoing drama with the highest ratings, so check it out as quickly as possible. 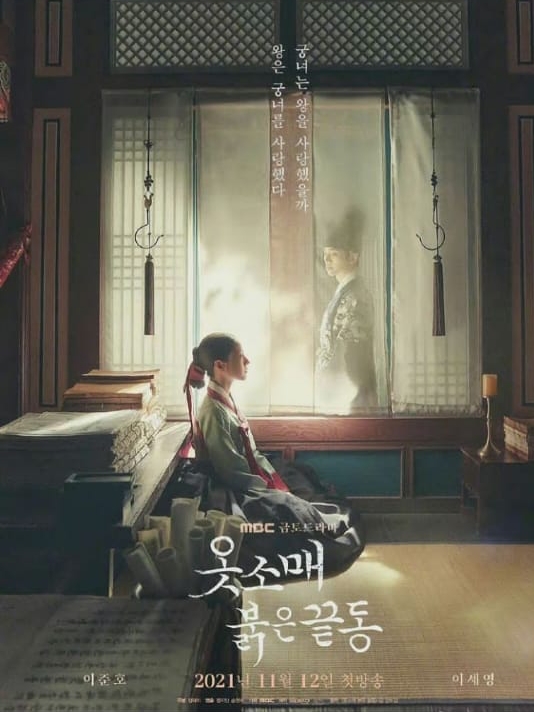 Also Read: Exciting K-Dramas Releasing In December That You Can Binge-Watch While Saying Goodbye To 2021!

A modern-day male chef Jang Bong Hwan (Choi Jin Hyuk) cooks for top politicians in the presidential residence, After an incident, he is transported back to the Joseon dynasty, and his soul swaps with a young queen Kim So Young (Shin Hye Sun). Her husband is the reigning monarch King Cheol-Jong (Kim Jung Hyun) but he’s a puppet king and the late king’s wife Sun Woo and her brother rule the kingdom. As the story continues, Kim So Young realizes that King Cheol Jung harbours secrets and is working to bring democracy to the country by punishing the corrupt ministers. She helps him by teaching him all about modern democracy and war techniques, they slowly fall in love and complete their mission together.

It’s a thrilling period drama with lots of modern elements. If you like comedy and lots of action and a quirky female character, you should watch this drama for sure. 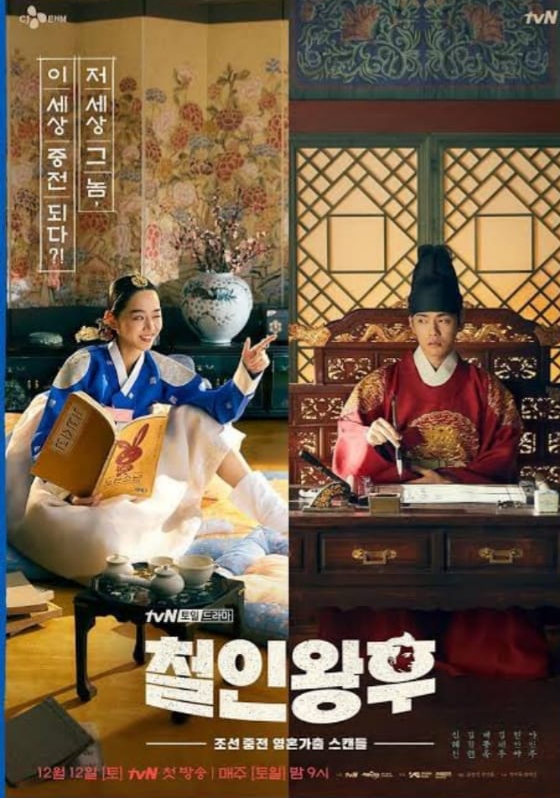 5. LOVERS OF THE RED SKY

Based on a novel, it’s a love story of Hong Chun Gi (Kim Yoo-Jung) and Ha Ram (Ahn Hyo Seop). Hong Chun Gi is a painter with extraordinary talents. Due to a curse, she was born blind but later gained vision. She gets accepted into a prestigious art school despite societal views. Ha Ram is an astrologer who was born with sight but loses vision in an accident in childhood. He is able to carve the trajectory of the night sky and see into the future. The two meet and fall in love but soon find themselves stuck in the cruel political games of the royal court. The drama also features demons, ghosts, and gods which is quite interesting.

It has an exceptional cast and OST by EXO Baekhyun. If you like wicked political games, historical fiction, and a strong cast, you should definitely go for Lovers of the Red Sky. 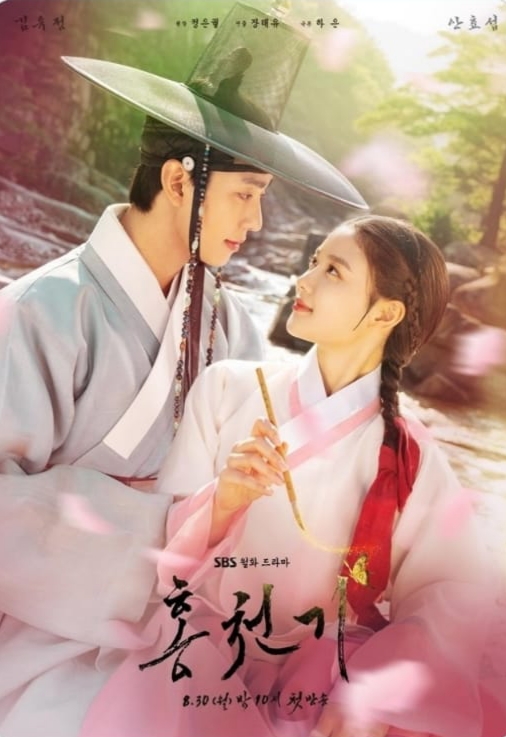 When the Crown Prince’s consort gives birth to twins who are considered an ominous sign, the order is sent to kill the daughter. In order to save her life, she is secretly sent out of the palace. A few years later, the twin son Lee Hwi dies, and to hide her twin son’s death, the mother brings back the daughter and raises her as Prince Lee Hwi. Lee Hwi (Park Eun-bin) becomes a crown prince but fears that her real identity will be revealed. She doesn’t let anyone close to her and hides her emotions from others. Although she distances herself, she starts developing feelings for Jung Ji Woon (Rowoon from SF9), her teacher who comes from a noble family. Jung Ji Woon is a teacher from Crown Prince Sikangwon, a government office for the sole purpose of educating crown princes. The drama explores a plethora of deep emotions, from fatherly love, loneliness, fear, comfort, and love.

This is a recent K-drama with high ratings. If you like a series with a star-studded cast, a woman king, and a strong and interesting narrative, you should watch The King’s Affection. 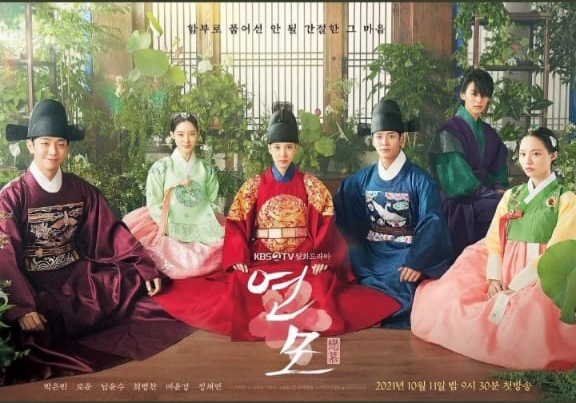 Hwarang revolves around Hwarangs which is a group of the most elite young men in the Silla Dynasty. These handsome and talented knights – Moo Myung (Park Seo Joon), Sam Maek Jong (Park Hyung Sik), Soo Ho (Choi Minho from Shinee), Ban Ryu (Do Ji Han), Yeo Wool (Jo Yoon Woo), Han Sung (Kim Taehyung of BTS), and maiden Ah Ro (Go Ara) – possess all the qualities and skills needed to defend the Kingdom and its royal family. It takes place in the 6th century and tells us about the life of young people back at that time, focusing on their friendships and love.

This historical drama is a mix of modern elements, romance, comedy, and lots of action. There are several interesting and funny scenes featuring likeable and enjoyable characters that will keep you entertained. Give it a try if you like simple stories and happy endings. 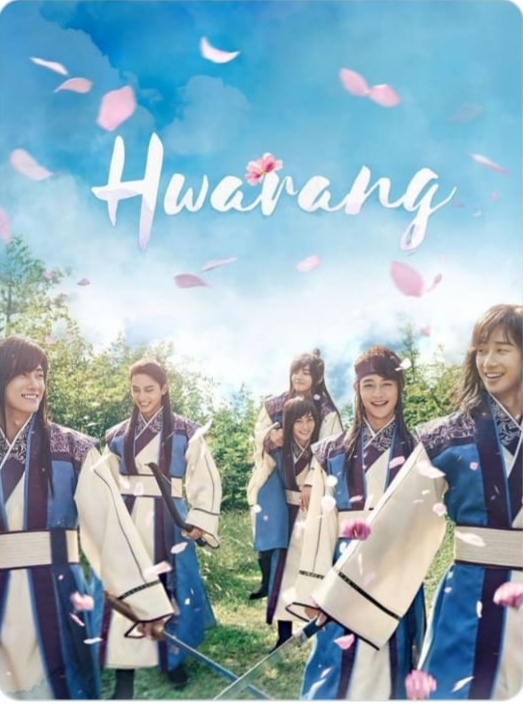 Also Read: 7 Gifts That Your K-Drama And K-Pop Enthusiast Friend Will Love

If you are fed up with modern-day series and want to watch something refreshing, this list is highly recommended. These K-dramas are quite new, so watch these dramas and once you get the hang of it, you can deep dive more into the world of Korean period dramas because they are classic and ever-green.

5 Korean Actors Who Radiate Major Oppa Vibes, They Are The Epitome Of Boyfriend Material!