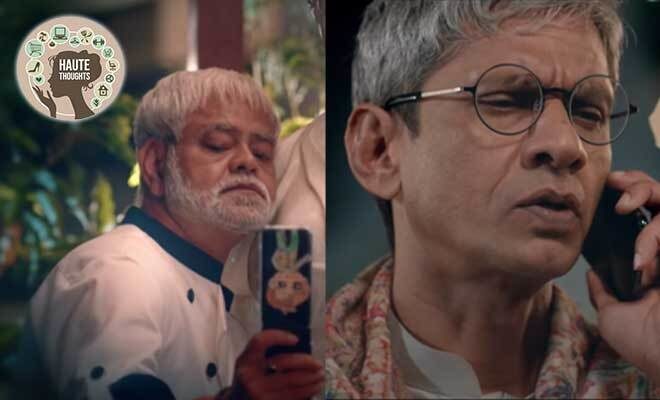 5 Thoughts That Came To Me While Watching The ‘36 Farmhouse’ Trailer. Eager To Watch Dynamic Between Sanjay Mishra And Vijay Raaz

With the end of 2021 and the rise of 2022, other than the new spike in Covid cases, we have also seen an onslaught of new releases on different OTT platforms. Shows such as Ranjish Hi Sahi, Yeh Kaali Kaali Ankhein and Human have our attention and weekends completely booked. Amidst all these releases, ZeeTV released a trailer for the upcoming movie, 36 Farmhouse, directed by Subhash Ghai who gave us iconic movies such as Kisna, Pardes and Khal Nayak. The cast is also a myriad of dynamic actors like Sanjay Mishra, Vijay Raaz, Amol Parashar, Flora Saini, Barkha Singh, Madhuri Bhatia, and Ashwini Kalsekar. The movie is set to release on January 21, on Zee5.

The trailer was released on January 11 and has had my attention since then. Having watched it obsessively a few times now and I have opinions I want to share. So, let’s talk about the 5 thoughts I had while watching the 36 Farmhouse trailer,

1. I am super enthusiastic about the cast. With actors such as Sanjay Mishra and Vijay Raaz who are known for their brilliant comic timing and comedy roles, I cannot help but have high expectations from the comedy quota in 36 Farmhouse.

2. Speaking of the cast, I also look forward to seeing Barkha Singh in the movie. She has previously been seen in projects such as House Arrest and has always shown promise, in my opinion. I am eager to see how she fairs against veteran actors and her dynamic with them in 36 Farmhouse.

3, Subhash Ghai isn’t the most popular for comedies and has usually directed action-romances that have come to be known as very stereotypical Bollywood movies. 36 Farmhouse is a new avenue that Ghai will be seen in and I would love to see how he fairs in the genre of comedy.

4. The 36 Farmhouse trailer mentions a huge estate and a raid. The setting hence reminds me of the recently released Kaun Banegi Shikharwati as they too talk about a humongous estate and the risk of raid and eviction. I am not accusing 36 Farmhouse of copying the latter, this is just a simple observation, please don’t come at me.

5. Talking about comedy, how could I forget Ashwini Kalsekar? She has been a prominent figure in both, Marathi television and film industry along with Hindi too. The glimpses of her in the 36 Farmhouse trailer reminded me of the roles she has played in the Golmaal movies and she is definitely a riot to witness in those. So, I for one, am enthusiastic about her role in the movie.

As someone who enjoys good comedy, I am really looking forward to watching 36 Farmhouse. It seems to have equal elements of seriousness and comedy to lighten up the mood. If done well, 36 Farmhouse will be a sight to witness!

36 Farmhouse premiers on January 21 on Zee5