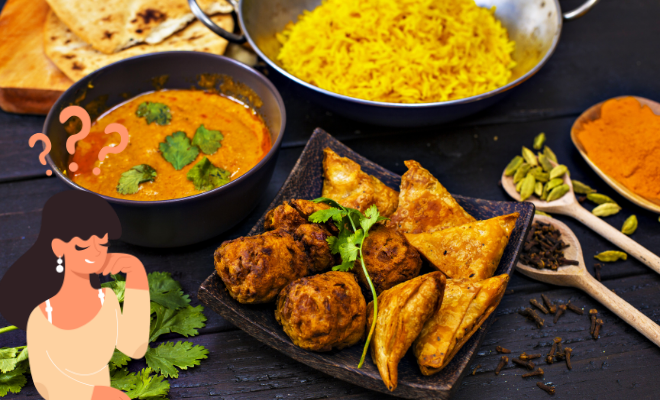 The Culture Of Feasting Can Have A Massive Impact On Women’s Eating Habits, Says Study. It Can Lead To Eating Disorders

When we talk about women and eating disorders like anorexia or bulimia, a major focus has always been on psychological factors. What we tend to often ignore is the massive role that the culture, in which she has grown up, plays in her developing these problematic eating habits. Food is such a colossal part of most cultures. And as recently pointed out by the amazing Neena Gupta, in Indian culture, women rarely have autonomy over the food they cook and eat. Because mostly, the decision caters to the whims and fancies, likes and dislikes of her family members for whom she cooks. But do other cultures also deprive women of their autonomy over things like what to cook and how much to eat? More importantly, does culture play a role in why women develop eating disorders? A study by a University of South Australia researcher suggests it does.

“Women diagnosed with binge eating, anorexia nervosa and bulimia nervosa are typically treated based on psychiatry. One of the greatest weaknesses of the psycho-medical approach is its failure to contextualise the disordered eating experiences of women from diverse cultural backgrounds.”

In countries like India and Italy, the chief ingredient in food is often love. I know it sounds cheesy (which has also become a main ingredient lately), but I’m just telling it like it is. Forget drugs, ‘Maa ke haath ka khaana‘ is an addiction that is hard to let go off, with people who stay away from home getting major withdrawal symptoms from not eating it over prolonged periods. When cooking is considered an act of love in a lot of cultures, it becomes really hard to say no to food. Or for that matter, exercise portion control. Dollops of ghee and makkhan are lovingly added to kids’ plates. It is a tradition to cajole guests to the point of forcing them to eat more food. And in religious Indian households (which is like every house ever), it is even a matter of great disrespect to Annapurna Devi if you refuse to eat.

Eating in most cultures is also viewed majorly as a social custom, representative of conviviality and community. Sitting together at the dinner table, or communal feasts are at the heart of most traditions. For example, festivals like Ganesh Chaturthi, Diwali, Christmas, Eid, Cinco De Mayo, Thanksgiving, Easter… all of them have some kind of food customs at the heart of them. And in those, eating together until your tummy is bursting and your heart is full is encouraged.

A very similar love and respect for food can be found in Italian culture, which led University of South Australia researcher Michelle Caruso to undertake the very first study that examines how Italian culture can influence women’s experiences of disordered eating in contemporary Australia. When Caruso interviewed Australian-Italian women, she discovered that most of these women were often plied with heaps of food on their plate and encouraged to eat more because that was connected to feelings of family, culture and identity. As young girls, they never got the chance to decide their own portions or consumption habits. And that perhaps affected their eating habits in adulthood, both good and bad.

“Many of these women were not allowed to determine their own food consumption during childhood, adolescence and even into adulthood. Food was habitually pushed and forced onto them, resulting in early conflicts which have manifested as eating issues in their later years.

Also Read: #Culture: Can Too Much Self-Esteem And Self-Love Be A Bad Thing? Asking For Self-Improvement!

In her study, Caruso chose to use the term ‘disordered eating’ instead of ‘eating disorders’ because the later implies a mental or psychiatric condition. Whereas her focus is more on the cultural influences that impact women’s eating habits.

According to Caruso, these women were constantly forced by their familial and cultural settings to never reject food or exercise their own portion control. And so, through their disordered eating, they find ways to exercise that autonomy and control what and how much they eat. However, they are not able to admit to their families about their eating disorders because their culture associates only positive influences with food. Try telling your grandma that you don’t want to eat and watch her ignore all that and force you into gobbling an entire seven-course meal. Binge-eating is so harmful, and yet in a lot of families, it goes ignored because it’s covered up as ‘needs of a growing child’ or a mark of love.

“Through their disordered eating experiences, the women in this study were able to construct a sense of power, control and self-agency, where they were able to decide what to consume or reject.”

Caruso also says that while her study focuses on Italian women in Australia, the findings can also be applied to migrant women of other ethnicities as well. And don’t we know that to be true, eh? Western cultures lay a huge emphasis on the perfect size and bodies, or let’s just say it like Sima Auntie says it—slim trim. So now, put this pressure to adhere to these Western beauty standards of being thin along with the culture back home of eating to your heart’s content because it’s all love in that plate, and you’ve got a major conflict arising for women who start hating their bodies and develop eating disorders.

We’ve also seen cases to the contrary in Indian culture, which often prioritises the needs of the male child over the female child. Girls are encouraged to eat less to remain thin, and also because the more nutritious chunk is saved for the men of the household. This too can adversely affect their eating habits, and since once again the autonomy over food is denied, could lead them to develop disordered eating.

Sigh. Excess of anything is bad. Love, food, both.