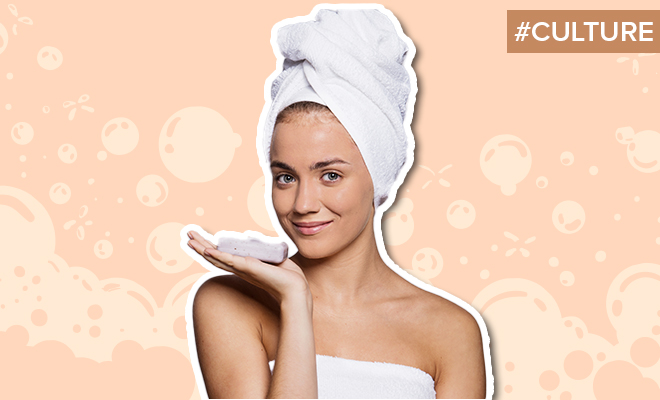 Another Company To Drop The Word ‘Fair’ From Its Soap Range. Are Brands Really Being Inclusive Or Just Succumbing To Social Pressure?

As a beauty writer, I know for a fact that the job of your moisturiser or face cream is to hydrate your skin and keep it from getting dry. If it’s a BB or CC cream, it should work on your blemishes and spots to give you an even-toned skin. Even foundations, which most people mistake for a skin-lightening makeup product, actually is for evening out your skin texture and tone. Which is precisely why you should be pick a foundation that matches your skin tone. No makeup product in the world could and should lighten your skin tone but the advertisements from cosmetic brands suggest otherwise.

Recently, a lot of brands who have been conveniently promoting colourism through their skin lightening products received flak from customers. This was probably the outcome of the global movement, Black Lives Matter, which was about the racism faced by African Americans. It had a cascading effect on India where people realised how our society has been tainted with another form of discrimination- that of colourism for years. And, who was to blame? The brands that have been selling us the idea that fair is beautiful and you could change your skin colour, that you are born with, with their products!

People started calling out brands like Fair & Lovely for its toxic and problematic ads which clearly suggested that you can’t achieve shit in life if you are dark skinned. A fair woman on the other hand, has to just show up to an interview with her illuminated fair skin, and well, she has a job and marriage prospects and what not. This propelled the Hindustan Unilever (HUL), the parent company to change the product’s name from Fair & Lovely to Glow & Lovely. Doesn’t make much difference still, but hey, it’s a start. Another cosmetic brand L’Oreal faced the similar criticism for its skin lightening products and it too decided to remove words from light, fair and white from its products.

After HUL and L’Oreal, the global conglomerate Godrej has now joined the bandwagon and decided to reconsider the wordings for its soap range called. They are reportedly dropping the word “fair” from the soap. They launched the FairGlow soap back in 1999 when people actually used to buy the fairness products and soaps had a larger demand than creams and moisturisers.

Brands now want to distance their imagery so there is no confusion in the markethttps://t.co/d6hMlmppiT

Nisaba Godrej, the executive chairperson and managing director of GCPL, told analysts, “We didn’t invest behind FairGlow or we moved away from that brand with the very reason that other companies are doing that now.” She further added, “It’s a minuscule brand for us and we’re actually sort of changing the name. I think it’s the right thing for the consumer, for us. All consumer product companies are now really doing this.”

It’s funny that they launched a soap that claimed to make your skin fairer. But then again, maybe the idea was why focus on just your face when you could change the skin tone on your entire body? These are the kind of things that stump us every day. These brands have been feeding us a completely false idea of beauty and perpetuating discriminatory stereotypes all this while, they have gotten away with it.

It is clear that the companies are reconsidering the name out of sheer pressure and in a bid to change their image in the eyes of consumers. Because if they did have a conscience and believed it was problematic, we wouldn’t be having this debate in 2020 and they most certainly wouldn’t be changing the name only after such a tremendous backlash. It literally took a global movement for them to realise that they were fuelling the already deep-rooted colour-based discrimination in Indian society with their products.

Harish Bijoor, a brand expert addressed this saying, “It is a sudden clean-up of brands which have not been too sensitive to the issue. Brands now want to distance their imagery so there is no confusion in the market. So while it is the purge of the word ‘fair’, it is also to distance imagery of different brands within the same market,” reported Live Mint. It is in fact true. This is just an attempt to clean up a mess they started long back which consumers of today aren’t going to take anymore. They are not apologetic or addressing the issue, instead it seems like they are just succumbing to social pressure and changing the name for the sake of it.

What these brands should really do rather than changing the name of the products is rebrand their products to what they actually do and should do. Beauty products are not meant to lighten your skin. If anything, they should cater to your skin’s need and up your skincare game by improving it from within. Talking about soaps like FairGlow, last I checked, a bathing soap could never change your natural skin tone. The most it can do is not leave your skin dry so that’s how it should be marketed. Changing its name from ‘fair’ to ‘glow’ is futile until the idea behind it is revised. It is a start, yes, but there’s a long way to go as far as colourism in India, which is fuelled by beauty brands, is concerned.

Also Read: After Fair And Lovely, L’Oreal Will Remove Words Like ‘White’ And ‘Fair’ From Its Products. We Need To Do More As A Society