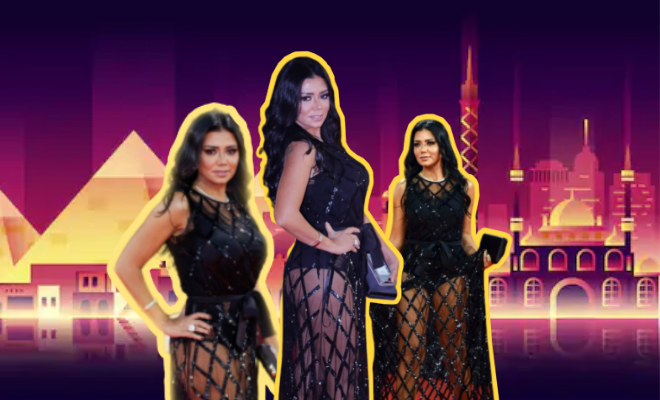 An Egyptian Actress Had To Apologise For Wearing A ‘Revealing Dress’ Because It’s Against The Culture. The Oppression Is Suffocating

There’s a horrible phrase you may have heard that goes ‘she’s asking for it’. It is used to make an assumption that if a woman is wearing skimpy or even slightly revealing clothes, it means ‘she’s asking for it’. ‘It’ here may refer to male gaze, attention, sexual harassment or even rape. And because this is something promoted by men, no one quantified exactly how much she was asking for. Meh, convenient. But tell me one thing, if a woman wearing revealing clothing makes men think we’re asking for ‘it’, why don’t they assume we’re asking for a job position of a CEO or a promotion if we show up in a power suit at workplace? Or will they assume we are need a vacation if we put on beachwear? No! Because our clothes don’t define our intentions but apparently, they are used as an excuse to justify their actions.

In several countries where the culture and society is highly male-dominated, women are oppressed and restricted. The whole burden of the culture is intertwined with women and largely their cross to bear. And this culture is upheld by what they can or cannot wear so they don’t unknowingly entice the men on streets. And, if they don’t abide, they face charges and are put in the prison. I am not making this up. In Egypt, revealing dresses and inappropriate clothing is criminalised and women have been arrested on the account of breaching public morals. Men on the other hand post semi-nude pictures of themselves on the social media, no big deal. This is not only highly sexist and hypocrite but also violates freedom of expression of women.

Many women have also been booked for simply making TikTok videos in which they are singing or lipsyncing, or putting on makeup or driving a car, fully clothed, mind you. This was taken as indecent and law-breaking. This happens in a country where sexual harassment wasn’t criminalised until 2014 but women have been sent to prison for ‘public indecency’ and ‘enticing debauchery’. Way to put the blame on women.

Just last year, an Egyptian actress Rania Youssef faced criminal charges for wearing a “revealing” dress that exposed her legs, in a see-through, lacy fabric, at the Cairo International Film Festival. Three lawyers filed a lawsuit against her citing she was guilty of “incitement to debauchery” and tarnishing the nation’s image. The suit ultimately dropped but the actress apologised for wearing the dress. She made a statement saying, “I would like to tell my audience that what happened was totally unintentional. If I have made a mistake, please forgive me. I am a human being at the end of the day…All of us are. I am sorry and I love you.”

The thing is she isn’t even the only one to have been targeted like that by the public prosecutors. Before that, an Egyptian singer Shyma was imprisoned for two years for sexually suggestive music video and then there was a human rights activist who was booked for posting a video about being sexually harassed in public on her Facebook.

An Egypt-born American journalist and feminist, Mona Eltahawy brought up the disgraceful incident on her Twitter a few days ago pointing out how systematic patriarchy and sexism runs in the country. She put up a photo of famous male faces of Egypt and wrote in the caption, “I am happy that famous #Egyptian men can post pictures of their bodies on social media and not be criminalized or slut shamed.”

And I hope that famous #Egyptian women can one of these days soon also be free of criminalization and slut shaming for similar: #Egyptian actress Rania Youssef faced jail, accused of "inciting debauchery" over a revealing dress https://t.co/nkM8s9zPDE pic.twitter.com/T6KhWjCCg9

She put the video of Rania Youssef apologising in the following post and continued, “And I hope that famous #Egyptian women can one of these days soon also be free of criminalization and slut shaming for similar: #Egyptian actress Rania Youssef faced jail, accused of “inciting debauchery” over a revealing dress.” She replied to the same tweet with an article covering the arrest of 9 women for indecent TikTok videos and wrote, “And I hope that the #Egyptian state will stop criminalizing women on TikTok just for singing, dancing, and posting selfies – fully clothed FYI. #Egypt has arrested nine women for “indecent” TikToks since April.”

Twitter users were disgusted and pointed out the sheer irony in the state laws. A user commented, “Interesting…The same Egypt with a high incidence of sexual harassment. The same Egypt women in burqa still get raped.” Another user commented, “I love how he says that art has audiences and families watch it and he’s talking about a dress, but watching harassment, rape, rape jokes, racism and putting women down is totally fine for kids and teens to watch. They normalize violence but hate it when they see a woman.”

A user mentioned how Egyptian women used to wear minimal clothing made of metal in the ancient era but in 2020, women are put behind the bars for wearing slightly revealing clothing. He wrote, “This is what ancient Egyptian women wore in society. Granted there would have been some form of white linen underlining since its made out of metal; but you get the point.”

Also Read: #Trending: Five Egyptian Women Who Are Social Media Influencers Were Jailed For Uploading “Indecent” Content On TikTok. Why Are The Men So Threatened?

This actually reminds me that wearing dresses was never seen as offensive or obscene in Egypt back in the day. Egypt is the cradle of the belly dance, the tradition it admires and values so deeply, in which the dancers (all women) are often adorned in outfits that exposes their belly and legs. Also, women used to wear short dresses, midis and miniskirts on the streets, even bikinis, all the time but now they are slut shamed and, worse imprisoned for the same.

Seems like fashion in Egypt is sadly becoming an excuse to target and oppress women and justify the action of men, which was not the case earlier. Instead of being progressive with time, the culture and society is becoming regressive and sexist. At least, there are feminists like Mona Eltahawy who are calling it out left, right and centre and fighting for the rights of women.

Also Read:  This Chinese University Is Telling Girl Students To Avoid Wearing Anything Too Revealing Because Obviously, Men Can’t Be Expected To Behave