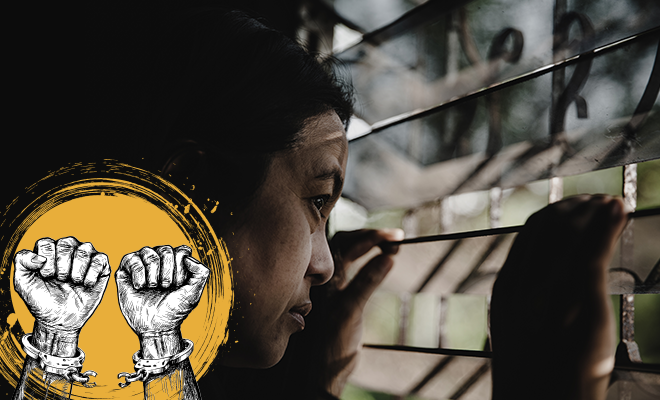 A Brazillian Woman Who Was Forced Into Marriage And Modern Slavery Got Rescued. Human Beings Are Pathetic.

It sickens me to see what humans are capable of doing without any remorse. Have you ever heard of wendigos? These are mythological creatures that are driven by their insatiable greed and commit heinous crimes. Mythology also says that humans who are too overpowered by greed and malevolence can turn into Wendigos over a period of time. Well, I have been watching Supernatural. The thing is looking at the kind of things human beings have been doing in this era of kalyug, I feel they should denounce the title of being called a human. They are acting like savages, like wendigos with no shred of empathy left in them. How can a person feel so comfortable carrying out such inhumane and shameful acts on another person? How can modern slavery be a thing?

Today, a Brazillian woman who was forced into modern slavery is free and has money being deposited in her bank account every month. She has a bank account! But this happened after four decades of domestic servitude and being stripped of every human right. I know it sounds like it couldn’t happen now, not in these years but yet, we see stories like this crop up way too often than we are comfortable with. Of a woman who kept her son tied up. Of a man who kept his wife chained and didn’t even let her use the bathroom so she was defecating and eating in the same place. It’s stuff like this that has your hair stand on its end.

About this story, the 46-year-old woman had been living in a minuscule room in an apartment in Patos de Minas. She belonged to an underprivileged family that couldn’t afford to take care of her so they had given her up to a professor at Patos de Minas University. There she was raised by his mother.

Firstly, she was underaged when they started using her as the maid of the house. Secondly, she slogged for four decades and in that time, she was given no salary neither was she given any day-offs. She was given food and that’s about it. “They gave her food when she was hungry, but all other rights were taken from her,” Humberto Camasmie, the inspector in charge of the rescue, told the Thomson Reuters Foundation.

It was the neighbours who alerted the authorities after the woman had sent them notes for food and hygiene products saying she has no money. Not only was she not getting paid, her needs were also not taken care of. In fact, she was forced to marry an elder relative so the family could continue to receive his pension after he passes away.

“According to labor officials, victories are rare in the fight against domestic servitude partly because victims do not tend to view their circumstances as modern slavery. With a victim’s evidence of abuse a legal prerequisite for entering a home, this makes identifying and investigating instances of domestic servitude very difficult. Just 21 of the 3,513 workers rescued from slavery-like conditions between 2017 and 2019 were in domestic servitude,” reports Freedomunited.org.

The family’s lawyer has said they present themselves guilty even before the court hearing. The labour prosecutors are trying to get the victim some compensation from the family. Currently, she is being taken care of and has psychologists and sociologists helping her. She is also given a pension of R$8,000 (Rs. 1,15,358) per month, which is seven times the minimum wage in Brazil.

“She did not know what a minimum wage was. Now she’s learning how to use a credit card. She knows that every month she will be paid a substantial amount (from the pension),” labour inspector Camasmie said.

And these instances are not limited to countries like Brazil. In the Middle East, reports of people mistreating their househelp surface almost every day. Of course, they don’t make it to the local newspapers, these are the kind of headlines that get buried, the human rights of immigrant modern slaves are hardly a matter of concern. And that right there, that dismissive attitude is what is alarming.

The situation has worsened during the pandemic as victims are afraid to speak out for the fear of losing a roof over their heads and basic meals. “Even when victims are rescued and their captors prosecuted or fined, officials said relatively low compensation payments for domestic servitude and the rarity of jail terms for modern slavery meant exploitative bosses were unlikely to be deterred,” reports Reuters on Brazil’s domestic servitude situation.

“Yet domestic servitude hit the headlines in Brazil in June when authorities found a 61-year-old maid who they judged to have been kept as a slave in a mansion in Sao Paulo for years. The case shocked the public – she was found living in a shed, and her boss worked for Avon. The beauty company fired the executive and said it would provide financial aid to the victim. The ex-Avon employee, who along with her husband and mother was charged with enslaving a worker, has denied the charges. Prosecutors are seeking R$1 million ($190,000) in damages,” Reuters reported.

Labor prosecutor Luciana Coutinho told Reuters that many of these children that get taken in by families are subjected to abuse. They are often beaten up and sexually exploited apart from the mental and emotional torture that comes with slavery.

Another 38-year-old woman was rescued in 2018 after she realised that she was being exploited and she alerted the neighbours. She did three decades of labour without any salary or human rights. One find day, she planned her escape and ran away from the house. Today, she received a lot of support and financial help. But every time she bumps into the family, it reminds her of the trauma.

ALSO READ:In Bihar, Only 13% Of Cases Of Harassment Of Women Are Reported. That Number Is Shockingly Low

“Every now and then I see the family,” Elisa told the Thomson Reuters Foundation. “It is kind of a horrible, difficult feeling. There’s a sense of fear, even though they can’t do anything to me,” Elisa added. It is so pathetic that humans would still do this as long as they can get away with it. Women are being traded, sold, bought, and enslaved like we are not humans at all.

ALSO READ:‘An Adult Woman Can Reside Wherever She Wants And With Whoever She Chooses’ Says Delhi HC. We Need A Court To Remind Us That Women Are Adults