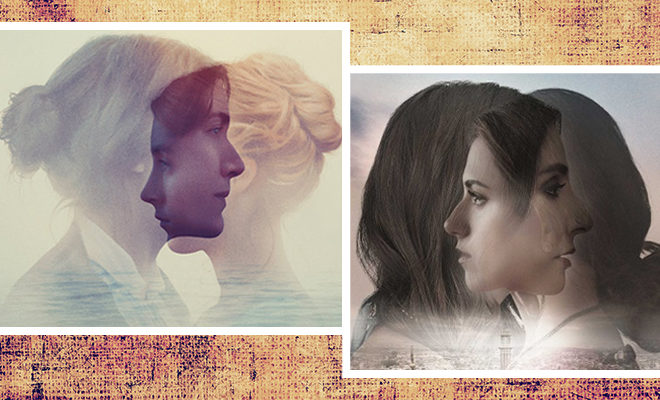 7 Times Indian Films And Shows Blatantly Plagiarised Posters. Why So Much Copycat?

Did you know how the word ‘copy cat’ came to be used to refer to people who copy? Wouldn’t it be more logical to call them monkeys or parrots, since these creatures are more known for their initiation skills? Well, it turns out that there are multiple reasons why, despite not being known for their imitation game, we refer to cats when talking about the act of copying. Throughout history, cats have had a very sinister and bad name. And therefore, copycat isn’t someone who copies a lot, but it is a nickname to shame someone who copies a lot. And turns out, copycat is exactly the epithet that we could give the Indian entertainment industry for blatantly copying posters of foreign films and series. Exhibit A: ALTBalaji and their shows, Married Woman, His Story and Main Hero Bol Raha Hoon.

Not to sound like a snob who considers everything ‘phoren’ to be better than its desi counterparts, but you cannot deny that India does imitate the West a lot. And while some of it is good, some of it is pushing the line that separates inspiration and blatant plagiarism pretty damn hard.

Recently, in a span of just a few days, three Indian OTT shows from Ekta Kapoor’s Balaji Productions have been accused of lifting posters of international films and shows and copying them, same to same! What’s worse is that there’s absolutely no excuse they can give for it, because the subject matter of both the original and the copied are similar, and it looks almost intentional.

In fact, so obvious and outrageous were these copies that filmmaker Vikramaditya Motwane took to his Instagram stories to call Balaji out on it. He even took the effort to highlight some of the instances when this had happened, and the painstaking work of someone was plagiarised without a second thought. Similarly, there’s the culture watchdog Diet Sabya, who wields its Instagram account to call out as many #GandiCopies as possible, whether it is in fashion, entertainment or art.

Here are seven recent instances, out of countless ones, where Bollywood and Indian OTT shows were called out for ripping off other posters for their artwork.

This was so blatant, that you could close your eyes and see the plagiarism! His Story is ALTBalaji’s new series on same-sex relationship, starring Satyadeep Mishra, Mrinal Dutt and Priya Mani. It’s poster, however, is not exactly new. As pointed out by many people, including filmmaker Vikramaditya Motwane and Sudhanshu Saria himself, the poster is a rip off of Saria’s debut film, Loev. And going by what both of them have described, it took a lot of effort on Loev team’s part to come up with this poster, which was so easily copied by ALTBalaji and Zee5.

Woke up to find that our painstakingly illustrated, original poster for @loevfilm has just been blatantly ripped off by the geniuses at @altbalaji @ZEE5Premium for their show #HisStoryy // Thread pic.twitter.com/ljQ9vNSa0a

Am glad they liked our poster; am glad they're telling a queer story but why do this? What is the need? We made our poster with no funds to speak of. Why have a massive machinery like @altbalaji @ZEE5India if you can't even come up with your own poster? (3)

As a producer, I apologise to my collaborators and artists for not being able to protect their work better. Please feel RT and Share. This culture must end. @arfilaamba @ShivPanditt @sidmenon1 #LOEV

And clarification from the photographer on what went down. But still no asset removal from @altbalaji and no apology from platform, producers etc. Shameful. pic.twitter.com/OFlvEiReyo

When the poster continued to be displayed on their social media accounts, Motwane called them out in a series of Instagram stories, where he also listed a few other instances of plagiarism by Balaji.

As proof, Motwane cited two examples. First, of how the Kangana Ranaut starrer film Judgementall Hai Kya had a poster that was a copy of Hungarian artist, Flora Borsi’s artwork.

Second, was how the title of His Story was lifted off of a Taiwanese drama called HiStory, also about a gay couple. Sigh.

Mere hours after this, the poster was taken down and ALTBalaji issued an apology about the oversight, accepting that this could not have been a coincidence.

Ammonite is a film starring Kate Winslet and Saoirse Ronan about a same-sex relationship. Married Woman, which dropped last month, and stars Ridhi Dogra and Monica Dogra, is also a film that tackles a same sex relationship between its female leads. And when you look at their posters, you’d think the design peeps are Balaji just lifted off from the first thing they found! There’s even some resemblance to the Swedish psychological thriller Persona!

Another boo-boo that was spotted by #FilmTwitter and Diet Prada was when the 2019 Zee5 psychological drama series Bhram, starring Kalki Koechlin, Sanjay Suri, Bhumika Chawla, Eijaz Khan, Chandan Roy Sanyal and Satyadeep Mishra, was accused of copying the poster of the 2018 Australian Gothic Western The Nightingale.

The only thing they changes was the angle of the crow’s flight, which covered different eyes! Tch tch!

The makers of the Prabhas and Shraddha Kapoor starrer Saaho were called out by Bengaluru-based artist Shilo Shiv Suleman for lifting the background in the song “Baby Won’t You Tell Me” completely off her art installation called Pulse and Bloom from The Burning Man Art Festival.

In an extensive post on her Instagram, which was eventually picked up by Diet Prada and reported by several other publications, Suleman posed the question to the makers of this big-budget, Avengers-record breaking film, “Where did the inspiration come from?”

Aarya, which was Sushmita Sen’s comeback vehicle and OTT debut was much appreciated for her performance as a widow who seizes control of her life and doesn’t let men back her into a corner. However, not sure if Aarya could’ve argued her way out of observations that the show’s poster looked like it was copied from the 2018 film Widows. Also, the whole ‘widow’ thing is too much on the nose, isn’t it?

There were some overenthusiastic Film Twitter fans who spotted that if the poster for Amazon Prime Video’s The Family Man looked into the mirror, it would see the poster of Spiderman 3 stare back at it.

Well, I can see why!

We began with ALTBalji and with ALTBalaji we shall end. The streaming platform’s newest series, Main Hero Bol Raha Hoon, starring Parth Samthaan, has merely released a trailer. But it is already grabbing eyeballs for the wrong reasons. One of its posters has already been found to be plagiarised off of Netflix’s 2020 series, Hollywood. A Twitter user pointed it out, and well, I don’t have words!

– @netflix: What if you could rewrite the story?
– @altbalaji: What if we could rehash the poster?

Have you noticed any more instances of posters being copied that had you stumped? Let me know!

‘The Married Woman’ Review: A Moving Story Of A Woman’s Self-Discovery, Powered By Good Performances