Sania Mirza Bids Adieu To Her Career In Women’s Doubles, Calls It “The Last Dance” 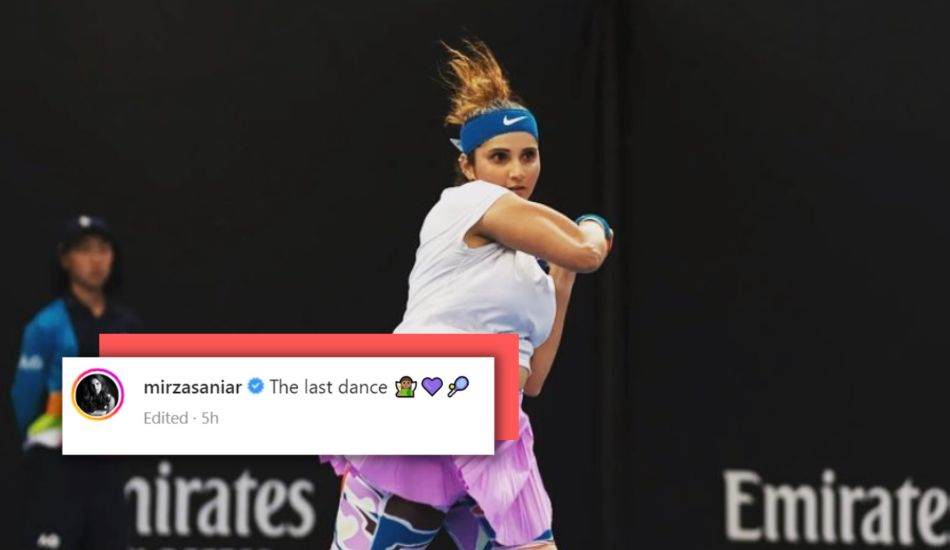 Isn’t it heartbreaking to know that you will not be seeing your favourite player on the ground anymore? Well, for Sania Mirza, it was her last day in the women’s doubles match. it was already an emotional moment for all her fans, but the recent post on her social media platform made it a little more heartbreaking. She is soon going to retire from the world of tennis, and those days are just around the corner.

On January 23, Monday, the world-class Tennis player shared a post on her social media handle, bidding adieu to her career in women’s doubles. She played her last women’s doubles in the ongoing Australian open. She partnered with Kazakhstan’s Anna Danalina but unfortunately, they lost it. Sania and Anna teamed up to compete against Anhelina Kalinina and Alison Van Uytvanck. In her post, Sania shared a candid click of herself from the match, and captioned it with a three-word phrase, “The Last Dance”. These words were enough to understand the range of emotions that Sania Mirza must have been feeling while penning it down. Sania Mirza’s good friend from the Bollywood industry, director Farah Khan Kundra commented on the post in which she wrote that Sania would never stop dancing. The Women’s Tennis Association also commented with three purple heart emojis under this post.

Sania Mirza had also shared a sweet picture with her son to express how glad she is that he has accompanied her to the Australian Open.

A few days back, Sania Mirza also shared a huge announcement about her retirement from tennis. In the heartwarming post, she informed her fans that the Australian Open would be her last Grand Slam. Sania Mirza will retire from this sport after playing in the WTA Dubai Championship which is all set to start in February.

It is definitely going to be an emotional moment to watch the journey of such an exceptional sportsperson come to an end. But we will always cherish Sania Mirza’s contribution to this field and for giving us such historical moments to witness.