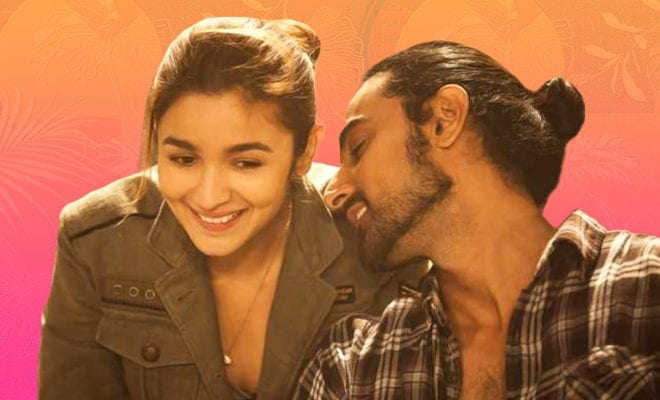 When it comes to past relationships, I have had my fair share of them and while I am glad that none of those worked out, I did learn a lot from them. Now when I reflect, I know none of them were right for me. When you meet the right person, you just know from the peace and passion they bring to you. Having said that, I believe that breakups happen for a reason. The universe will try to teach you what you’re supposed to learn until you do. More practically speaking, you will continue dating in the same toxic patterns, committing the same mistakes until you actually introspect and evolve.

This is why I never believed in focusing on spilled milk; I only bothered about the lessons I got to learn from my past relationships. And I hope that I will be able to sustain my relationship in a much better way, now that I am wiser.

Having said that, it helps us widen our horizon and knowledge if we learn from each other’s past relationships. Let some collective good come out of our breakups. So when someone asked the women of Reddit what they learned from their past relationships, the ladies out there dropped some really useful insights!

“Communicating when something’s bothering me instead of letting it all pile up and fester until it blows up,” a user wrote. When we feel bothered about something and we don’t express it, resentments starts developing in our hearts. And that only leads to more fights! “Communicating issues I have with my partner/relationship is not selfish. It’s a positive and healthy thing for the relationship itself. It’s a way of keeping the relationship in fine form and helping it last,” another woman added. Your partner shouldn’t make you feel like you’re being selfish by telling them what bothers you.

It’s ‘Us against the world’

“That in case of a misunderstanding, it’s not me against him. It’s us against the problem. Despite everything, we are a team,” a user wrote. We often get so riled up that we start acting like we are on two different teams. But aren’t we interested in the same thing, that is, having a nice, loving relationship? If you reflect on your past relationships, you will see that being a team is more important than anything else except when you’re playing dumb charades and they suck at it.

“The biggest thing I’ve learned is that people show me who they are, it’s up to me to listen. I know 🚩 were present in my last relationships, but I knew “they’d be different with me”. FALSE,” a woman wrote. “As I’m dating now, I’m much more observant. I’m letting people show me who they are—which they do through their actions toward me and others and the things they say. I feel like I’m dodging more bullets and wasting less of my time,” she added. We invest so much in a man’s potential, assuming and hoping that he will change, he will get better. Instead, our past relationships teach us to focus on what is and save time!

“As long as you have a good partner, always assume the best of them. A lot of times I would get annoyed or irritated when they did something was because I was assigning them thoughts or a motive that may not have been accurate,” a user explained. We’ve all seen some really damaging things that affected our purview of romance. We’ve seen dishonesty, infidelity, power play, emotional abuse, and what not – whether first hand or through someone else’s experience. But it’s unfair to make negative assumptions about them. Trust them to be good until they prove you wrong.

“Telling your partner “thank you” for doing whatever it he/she did in the house or outside. If your partner cooks dinner every night, you should thank them for the yummy dinner. If you want your partner to do something asking him/her with the word “please”. It’s better than telling your partner I want this done. It just sounds so demanding,” a user wrote. I know when we feel very close to someone, all formal courtesy goes out of the window. But gratitude isn’t just a formality. It will help you both feel truly blessed to have each other and make you appreciate the good over the flaws. If we didn’t learn what appreciation means from our past relationships, then what did we learn?

“The biggest thing I’ve learned is a relationship cannot always be 50/50. Sometimes when a partner falters we need to make up the %. Sometimes they need to make up ours. I was always caught in a battle if I do this, this, this and this and you need to do this this and this. And then I would be upset and feel unheard, if those things went undone. What I should have looked at was the relationship as a whole, the give and take, and not focus so much on the day to day,” a user expressed. This is similar to Sridevi’s amazing monologue on marriages in English Vinglish. Love is not transactional; it’s about being a team and finding harmony in your connection.

ALSO READ:Women Get Candid About Things They Will Never Compromise On When Looking For A Relationship

“Most things are just not worth it. Don’t intentionally push their buttons,” a user wrote. I have learnt to pick my battles too, from my past relationships in the sense I know how much I seek someone who wouldn’t push my buttons unnecessarily. Nobody will be perfectly crafted to suit you. They will not always fulfil your expectations, your love language may be different, your attachment styles may differ too. But constant bickering will only create dents in your romance that you could do without.

ALSO READ: Men Reveal What Stops Them From Seeing Someone As A Long-Term Partner