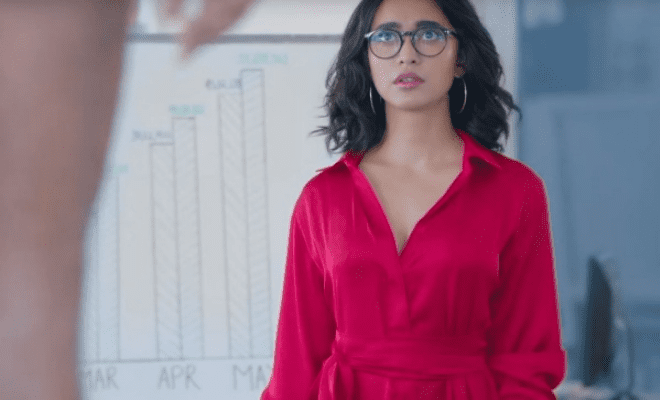 Women Reveal The Reasons They Don’t Like One Night Stands

When it comes to one night stands, they’d show in the movies how you hit the club, meet a handsome stranger and leave with him. Or like they showed in Two Nights Stand, a girl meets someone online and has no qualms in going to their house for a quickie. I mean, no, I am not judging anyone’s morals here. But I find it quite terrifying to trust a stranger that much. It’s a different story, having casual sex with someone you know well.

Sex is so thrilling when you’re completely into it. And it’s not so much about the intercourse as it is about the intimacy. You know, the way you sit on his lap in Lotus position, your eyes meet and you share several both passionate and sweet kisses. The way his lips devour your entire body, while soothing your soul? That is truly something! But well, sometimes, all you need is the comfort of being touched and caressed…along with a few orgasms. Now orgasms you can do yourself, but you crave a lot more. So you wonder, should I wait for a relationship or just go for a hot stranger? The offer seems tempting until you start seeing it for what it is.

What if the dude is a creep or a sexual offender? What if he is selfish in bed? Do women prefer one night stands? Maybe many more would if it was more beneficial and less dangerous.

So when someone asked the women of Reddit if they like one night stands, most of them said no.

“Too much risk of STD or being kidnapped/murdered so i dont plan to ever,” a woman wrote. Another added, “Was just about to say this. Safety is my top priority.” Exactly. Why would I put myself in so much risk just for orgasms that might not even happen?

“I don’t like one night stands because for me, sex has meaning. It’s the deepest way (imo) to bond with your partner and it creates a whole new atmosphere between two people. I don’t have anything against them, but to me, a one night stand gets rid of the deep and meaningful intimacy of sex,” a woman wrote. If you need intimacy, one night stands aren’t for you.

“More often than not, the sex was decent but the guy’s attitude towards me as a person wasn’t. Basic civility seemed beyond their reach. Also, couldn’t do anything kinky with a complete stranger because that stuff requires a deep level of trust,” a woman shared. It’s sick how many misogynistic men mistreat the women they have one night stands with. Like they be sitting and judging you while they equally participated in it.

Feelings make sex so much better

“Sex isn’t enjoyable for me unless I’m in love, I don’t want to put my sexual health, sexual satisfaction or overall trust in some stranger,” a woman expressed. This is so true! If I am not feeling it emotionally for you, I can’t enjoy it physically. Dammit!

Vulnerability with a stranger? No.

“The good girl I have in me won’t let me and I hate it. I really want to have a hot girl summer but because of the way I was raised I don’t have the courage to do it,” another woman wrote.

“I don’t regret it per se but I do see now that the guys were a little pushy and didn’t really care too much about my wants or pleasure. Definitely I’m happier now just sleeping with my partner,” a woman shared. Really? Itna risk to hand out charity orgasms to selfish dudes? Gross!

ALSO READ: 10 Signs You Have Been Single For Way Too Long. One Is That Your Vagina Maybe Be Declared A Heritage Site Soon

But we can definitely make ourselves come

“I can use a sex toy and give myself 10 orgasms in a row no problem from the comfort and safety of my bedroom if I want. Don’t even have to shave my legs or comb my hair,” a woman wrote. Another added, “I’ve never had an orgasm from sex with a guy even though I find men attractive. Mind you I give myself around 6 orgasm in one round easily. I don’t think casual sex is worth it anymore as I grow older and mature more. I now only want to share my body with people who are interested in truly getting to know me. I want to really feel vulnerable and I can see how I’ve used casual sex in place of true intimacy in the past.” I can make myself come within a few minutes! And there’s no favour to return! Why would I go for a one night stand? Too many losses there.

ALSO READ: 5 Reasons Why Having Sex When You’re Sleepy And Tired Is A Terrible Idea