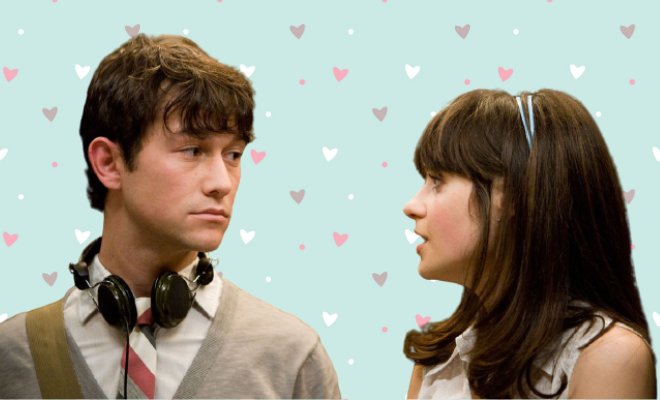 Should You Ask Him What He Is Looking For Early On During The Dating Period? Yes!

What is it that really, really tires you when you think of modern dating? Honestly, I am so done with not knowing what a person wants. And worrying about if I should ask him what he is looking for? Like when we were younger, it was easy. A guy had a crush on you, and then you spend enough time with each other. You begin to like him too and then you start dating. Life was really simple and I was oblivious to the concept of keeping it casual and all that. Maybe because my first boyfriend was an amazing, chivalrous, and genuine guy who didn’t shy away from emotional intimacy.

As I grew up, it was in my 20s that I realised that it is not so black and white. You will meet guys who will like you and get along really well with you. But how many of them will be on the same page as you? It’s hard to tell so just ask him what he is looking for. There are just too many pages in the book of dating and it isn’t just about to fall in love and commit anymore. People are protective of their feelings and that’s okay. It’s just that I would like to know that we are on the same page.

It really sucks when you find out that you’re falling for the guy who doesn’t want a relationship. It also sucks when you are on the other side of the fence and cannot reciprocate the feelings of a guy who is crazy about you too much, too soon.

Have you ever found yourself worrying if it’s too soon to ask him? You wonder if he will freak out when you ask him what he is looking for and then you wait till enough time has passed, often only to find that you both want different things. Is it worth so much trouble? Millennial women are not interested in waiting it out to ask him what he is looking for. We are not damsels who would sign up for that distress.

I came across this thread on Reddit wherein a girl is worrying if she freaked out the guy by telling him what she wants on the third date. She wrote: “On our third date I did mention about what he’s looking for because I think we’ve got to know each other quite well, and having one more nice date so it’s a good time to talk about it to see if we match. I told him that I’m looking for a relationship, but “not a super serious relationship to go get married (I mean I don’t plan to find a guy just to get married right away), but a person that I enjoy being with and we may form a good relationship.” I also told him that I’m happy to spend time with him and I want to see how far it could go and one more thing that I’m not planning to do the multiple dating things cause that idea is just not for me.”

She wrote that he wanted to think about it. “He did listen to what I said and he was also joking if I’m trying to propose him lol. He didn’t give his answer right away. He said he may need some time to think about it and will come back to my question soon. I was fine with it, I’m not rushing him. After that we cuddled for a while and I left cause it’s midnight. He did offer me to stay but his place is so far from my work so I had to go home to be ready for work next day.” She further asked if she scared him away, “Question is I’m quite worried if what I told him might scare him away or make him think I’m too emotional attached and want to be exclusive (which I don’t). Or the way I expressed it could make him misunderstand and think that I’m expecting to have a relationship right now… I’m waiting to hear back from him, but not expecting much that he wants the same thing. Will it be a turn off to a guy if a girl says similar things as I did on the third date?”

Let’s admit, we’ve all been there wondering if we should ask him what he is looking for. But it’s not like we are asking the guy to make a decision right away. It’s not like I want to be with that guy. But if things go well, I would like to have the possibility of a things leading to somewhere solid. If it’s a complete dead end then I don’t want to go there because I am not good at casual. Similarly, if I was looking for a casual thing, I would want to still know if we are on the same page, early on.

“You were direct so i doubt it would scare him. Really it shouldn’t be hard for him to decide what he wants. If he does freak out then your better off with a more mature person,” a user wrote. Another person agreed, “If he’s mature he will give it some thought and give you a serious response. You want to move into an exclusive relationship and he needs to decide if that’s what he wants or to end it now so you are free to find someone who wants what you want. It sounds like you handled it well.”

A user shared her experience and how it actually helped her, “I think it’s perfectly fine for you to ask and lay out what you think. It’s better to do it early than find out later that you both are not on the same page. Honestly, I ask on or before the first date what they are looking for. I have told a guy on the second date that I expect this to become an exclusive relationship eventually when he is ready because I got very good vibes and we had a great connection. I also said that if that’s not what he wants then we shouldn’t keep seeing each other. I thought he would take some time to think about it but surprisingly he said he felt the same way and that there’s no point delaying it! We dated for a while after that.”

ALSO READ:Respect Is As Important As Love For A Relationship To Work. Here’s Why

So the thing is, you gotta do what you gotta do. Save yourself the trouble and state what you are looking for, right at the start. Ask him what he is looking for. If that makes him all jittery instead of seeing it as healthy communication, then it will help you filter him out. Chances are he will get panicky at every confrontation and we don’t want a child to mother. We want a partner!

ALSO READ:5 Things To Consider Before Having Sex With Your Romantic Interest