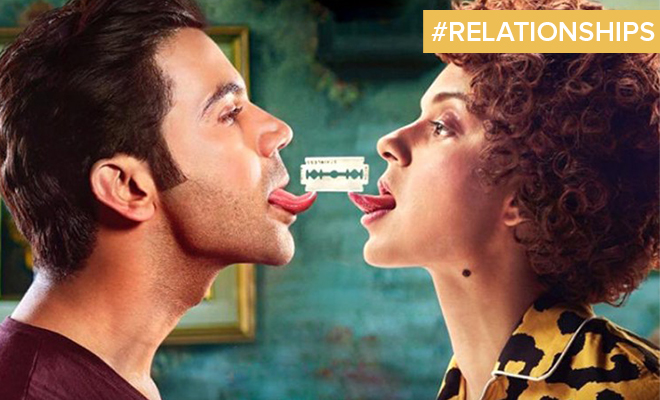 #Relationships: 5 Types Of Emotional Vampires And How To Deal With Them

There are some people who drain you out. When you meet them, you feel like a huge chunk of your energy just evaporated and all you wanna do is rest. I am not talking feeling that way after meeting people you dislike; these are your people – your friends, lovers, family etc. Honestly, over the past few years I have really cut back on the connections I maintain because being an empath, I end up feeling drained even more. For instance, I had a friend whose birthday parties were like an annual nightmare for me. All her fake friends who were pretentious with each other gathered on that day and by the time I used to be home, I felt like I am carrying an Egyptian pyramid on my shoulders. Another friend who connected with me only to talk about himself and his problems made his exit from my life. Don’t even get me started on an ex of mine who practically sucked the life out of me.

Of course, they still try to catch up with me but I like to keep my distance. Today, I am surrounded by people who may be annoying at times, who may be as imperfect as I am, but they are positive people. They make me happy and we help each other grow and bloom into everything we can become. I have really started to rely on my instinct. If the after effect of meeting/speaking to someone is a feeling of joy, they stay. If someone only feeds off my emotional energy, Marie Kondo says they need to go.

These aren’t vague ideas. Experts define such people as emotional vampires who basically suck the positivity out of you, leaving you with overwhelming negative emotions. You feel tired, stressed, restless and anxious. You may even show physical symptoms like headaches, bodyaches, fevers, etc. So clear that block and conserve your emotional energy by not falling prey to emotional vampires. The first step would be to identify them. “To improve your relationships and increase your energy level, I suggest taking an inventory of people who give you energy and those that drain you. Try to spend time with the loving, nurturing people, and learn to set limits with those who drain you. This will enhance the quality of your life,” writes Judith Orloff MD, the author of Emotional Freedom: Liberate Yourself From Negative Emotions and Transform Your Life, in Psychology Today. Here are 5 common types of emotional vampires we have around us.

These people find it difficult to be empathetic or even thoughtful when it comes to your feelings. Even if they acted like an asshole, and you express your hurt, they will get mad at you somehow for feeling that way. They are the only character in their lives that they care so deeply about and your needs must come second to theirs, subject to availability. It’s usually about what is going on in their lives and how you must adjust your behavior to make things easier for them.

Deal with it: Of course, ideally you shouldn’t be with someone who is so full of themselves. Understand that they absolutely need their audience and somehow, to get you, they will shower so much love and attention on you that you will forget you have to leave. That’s the bait and once you’re roped in, you’re back to square one. If you decide to walk out, make sure you don’t get fooled by the persistence. Secondly, if you cannot cut ties completely, remember if you want them to do something for you, they will have to be convinced it’s to their benefit as well.

According to Psychology Today, “These people obsessively try to control you and dictate how you’re supposed to be and feel. They have an opinion about everything. They’ll control you by invalidating your emotions when they don’t fit into their own rule book. They often start sentences with “You know what you need?” and then proceed to tell you. You end up feeling dominated, demeaned, or put down.” These are the people who feel validated by having a say in others’ lives. They are compulsive controllers and will jump to taking the steering wheel of your life, whether you want it or not. In fact, this behavior shows even in the smallest things. It’s almost like humansplaining – because dude I am a human and I kinda know how to live, so nope I don’t want another person telling me how to do basic functions.

Deal with it: Initially, you might feel they are out there to help and support you. But soon, you will end up becoming a puppet. So it’s important you draw boundaries. Do not involve them in your personal life; keep information known to them limited. In fact, when they try to force their will on you, let them know firmly that you’d want to take your call, without anyone else’s influence. Don’t get emotionally blackmailed though, when they act all offended with that!

These are the people who constantly want to play the victim card. If you indulge them a lot, consider your ears donated to their cause. It’s only good manners to check if the other person is in a mental space at the moment to hear you vent. But they believe that since you signed up to be close to them, you are obligated to listen to them endlessly anytime they want and as much as they want to curse the universe. You want to be a good friend but the problem is that their problems are never over. They never look at the bright side nor do they do anything to light a candle. Worse, they don’t respect your need for space. Eventually, you will end up getting drained listening to them crib all the time.

Deal with it: Listen to them for a while but let them know that you have to get back to what you have been doing. Even if you are free, you can make excuses and hope that they catch on it. Also, be honest and tell them that you are willing to discuss solutions but there’s really no point in going over the same things over and over again. As a well-wisher, you can tell them to follow techniques that will help them with their anxiety.

According to Psychcentral, “This vampire feels qualified to judge you, belittle you, and bolster her own ego by making you feel small and ashamed.” They think it’s funny to point out your flaws. These people like to feel superior by constantly making you feel like you’re good for nothing. They are the official gaslighters and end up breaking one’s very self-esteem.

Deal with it: Tell them that you haven’t signed up for a training program in which they are appointed to tell you all about your flaws. Let them know that it’s not acceptable. All these emotional vampires are best left avoided but when you can’t, it’s better to toughen up and not take their criticism seriously. In fact, tell them that you don’t agree with their views and those are unwarranted anyway.

ALSO READ: 5 Kind Of Guys You Should Never Date Because They Are Such A Waste Of Energy

They like drama and they are always attracting it. Somehow, life with them can never be calm. They will engulf you in their problems and you are just supposed to be okay with the havoc they bring to your life. They expect you to ride along. If not, they expect you to at least understand that drama revolves around them.

Deal with it: Okay, so firstly tell them that they have to stop causing drama in others’ life and that they cannot escape from their responsibilities. Don’t be like the friend who dies in the horror movie, who was just accompanying the lead girl and her boyfriend. Get off the train and head back to peace. Tell them they need to get a hold of their life and if you both are willing, sort it out. If they continue to seek drama, save yourself.

ALSO READ: 5 Signs Your Relationship Has Become Toxic And You Should Let Him Go