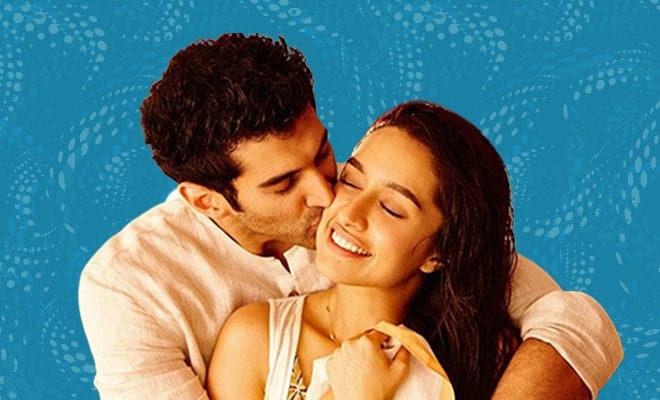 Physical Affection From Your Partner Improves Your Well-Being, Says Study

I don’t come from a family of physically affectionate individuals; we can make the British look warm. When I get married, I will be a little awkward because I will be expected to cry and give affection to everyone in my family. Yeah, we don’t do that, unless it’s a special occasion – like you’re getting married or you’re leaving the country. We love each other nonetheless but it’s expressed differently – through acts of service, sacrifice and space. I love that love language too!

However awkward I maybe with displaying physical affection in my family (because it’s just not the norm) I am an incredibly cuddly, snuggly and hugsy person. My cats, my friends and bae will vouch for that! Honestly, I know my family is missing out because oh boy, how therapeutic is hugging? When you hug someone and they hold you tight, it just soothes your insides. And if that person is your person, it makes feels like every cell in your body is getting regenerated as you fall asleep in his embrace.

While we are in the middle of a pandemic that doesn’t allow much for physical affection, all of us are a little touch starved. Well, those in long distance relationships may have mastered rising above the deprivation but a cuddle would undo those knots in your head, won’t it?

A new study aimed to analyse how touch impacted well-being in individuals and if avoidantly attached people benefitted from affection as well. “A child with an avoidant attachment attempts to meet their own needs, because it is too painful depending on others who consistently fail to respond to them,” Lisa Firestone, Ph.D., is a clinical psychologist, wrote in Psychology Today. We form our attachment styles in childhood so when we grow up with aloof parents, many of us tend to become pseudo self-sufficient emotionally.

Avoidantly attached adults tend to withdraw from intimacy and may have trouble letting a romantic partner get too close. They have trouble keeping expectations or showing vulnerability. So these individuals who may or may not initiate physical affection love it too? Yes, they do, they just don’t know it yet.

“I have been studying interpersonal, affectionate touch in couples for about 10 years now and have found that this touch is associated with a better mood in daily life as well as with enhanced well-being over the long run,” said study author Anik Debrot, a senior researcher at the Cognitive and Affective Regulation Laboratory at the University of Lausanne. “Several other studies indicate that touch is beneficial for physical, psychological and relational well-being. However, little is known about who benefits more or less from this touch. I did not believe that touch would be good for everybody,” Debrot added.

Debrot believed that while physical affection is generally good for everyone, people with attachment avoidance may really benefit from it. You know, because these people have trouble with other forms of intimacy – emotional and psychological. Avoidantly attached people are also known to have lower levels of well-being. So a little prescription of physical intimacy could really get them to be happier and healthier.

In fact, Debrot said that the seemingly aloof individuals in love actually benefit from all sorts of lovey dovey relationship behaviours. “However, as I read more about attachment avoidance, I realized that some research indicates that those people seem to benefit from different kinds of positive behaviors in relationships, despite the fact that they tend to claim that they don’t care about it,” Debrot explained.

“What we found is that people higher in attachment avoidance benefit exactly as much from touch as any other person. Hence, even if previous research has shown that they say they like touch much less, when they actually receive it, it is good for them,” Debrot told PsyPost. “However, in most of our analyses, we also found that they engage less in touch with their partner, and that this explains in part why they have lower well-being (i.e. are generally less satisfied with their life and experience less positive emotions.) So, even if you, or someone you know well, doesn’t like touch, the chances are high that they actually can benefit from it.”

ALSO READ: Why Pillow Talk Is Important To Build Intimacy As A Couple

Now this doesn’t mean that you go and start cuddling your unsuspecting partner. It doesn’t mean that the person who seems not-so-affectionate would not appreciate your cuddles. I would like to believe that if you’re at it for long enough, you can make a person more open to intimacy. The key here is, however, to not force them or push their boundaries!

The study, “Is Touch in Romantic Relationships Universally Beneficial for Psychological Well-Being? The Role of Attachment Avoidance“, was authored by Anik Debrot, Jennifer E. Stellar, Geoff MacDonald, Dacher Keltner, and Emily A. Impett.

ALSO READ: Women Opened Up About Being With Passionless, Sexually Incompatible Partners. It Messes Up Your Self-Esteem