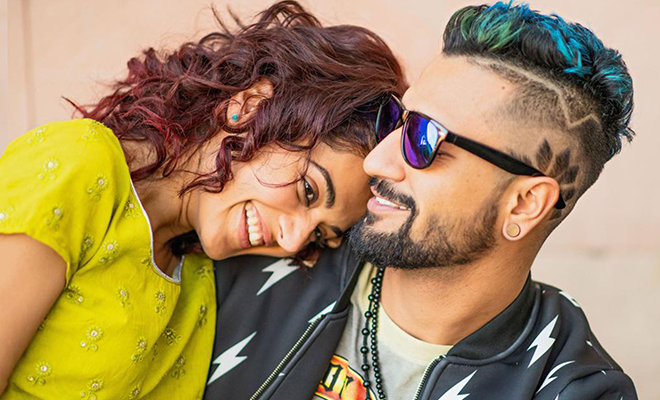 I have realised that I get turned on when I am loved and admired. If I get attention and love from bae, I would eventually want to express that love physically. I would shower kisses on him and get dripping wet because I am feeling emotionally satisfied. But if there’s something he’s done that’s playing at the back of my mind, even the most sensuous breast stimulation will not be able to turn me on that. I will orgasm (maybe) but it won’t be explosive.

I wondered if it’s just me or there are others who feel the same way. And this research answered my query. According to a research, attachment anxiety can make men lose sexual desire even in the honeymoon phase. The research paper read, “Attachment anxiety moderated the trajectory of men’s sexual desire, such that over time, highly anxious men declined in desiring their partner, whereas less anxious men’s desire did not drop.”

Now they may be talking men here, but I really feel that it’s universal. However, attachment anxiety works differently for men or at least those that I dated. The research states, “Attachment avoidance also predicted lower levels of initial desire in both sexes. These findings suggest that avoidance generally interferes with relationship initiation for both sexes, whereas anxiety in men interferes with the maintenance of desire over time, possibly because of sensitivity to increasing interdependence.”

This means that both men and women are turned off by when they gather that the other person may be avoiding attachment. Like you know when you begin seeing this guy and he has you sopping wet with just a kiss. Then he goes on to tell you ‘hey, I hope you’re not catching feelings because I don’t want a relationship.’ That one sentence is enough to make you so dry down there, even the Sahara has more moisture. Even if you weren’t actually getting attached just yet, hearing something like that just makes you want to not sleep with them.

Guys, on the other hand, begin to develop anxiety when they see their potential interest getting “too attached”. The study states that it’s maintaining the relationship that gets difficult because half way into it, they just get scared to be responsible for someone’s feelings. And then you see him getting distant, first emotionally and then physically because there he is losing his erection to attachment anxiety. I am not generalising here. This applies to commitment phobic guys.

ALSO READ: I Am Single Not Because I Don’t Want Love But Because I Have Been Disappointed Too Many Times

Another study also observed that “relationship uncertainty had detrimental effects on confederates’ appeal only when they were perceived as uninterested in the participants.” The study also suggests that “inhibiting desire serves as a mechanism aimed at protecting the self from investing in a relationship whose future is uncertain.” That’s great but why can’t we just orgasm without thinking of these things? Dammit!

ALSO READ: I Know This Casual Romance Will Not Last Forever But Here’s Why I Feel It’s Worth It