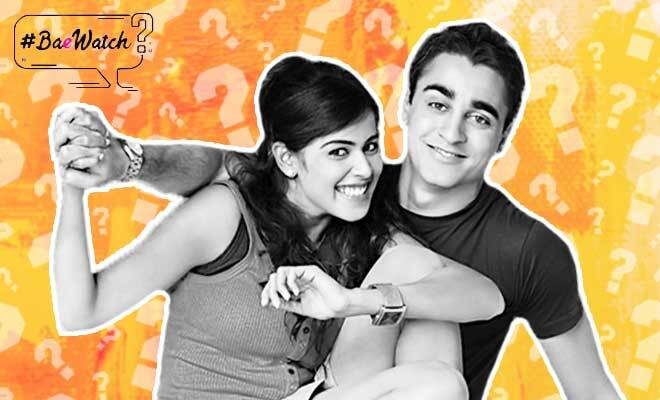 BaeWatch: “My Guy Friend And I Crossed The Boundary Of Being ‘Just Friends’ But He Won’t DTR. What Do I Do?”

As you grow older, the line ‘girls and guys can’t be just friends’ gets a whole new meaning. I mean, sure you have your own set of ‘bros’ that you cannot live without, but there is (more often than not) a guy friend with whom things are not as platonic as they should be. I’m sure there might be certain situations where you’ve crossed the lines of friendship with your friends and gone to the other side and then you’re left wondering what it all means? Now, this might not be true for everyone. There might be some women who might be okay to stay in the grey area of their relationship, but there are a lot of us out there who like things to be either black or white.

So, when a woman wrote to us telling us how she was struggling in the grey space as she had no idea where her relationship/friendship with her guy friend was headed, I was honestly not that much surprised. Is it common to be in that space? Definitely. And so, I opted to take her situation to the team of Hauterrfly and they came up with some very interesting and insightful suggestions and advice. I mean, we’d all like to leave the grey space as soon as possible before it ruins things, don’t we?

“I am someone who likes to keep things uncomplicated and set clear boundaries. However, recently something happened between my guy friend of 2 years and me that has me super confused. We kissed once and I want to say that it was in the heat of the moment, but I don’t believe it was. So now where do we stand? Are we more than friends now? Are we dating? Are we just friends with benefits? Is it just a one-time thing? I don’t even know how I am supposed to act around him anymore. When I ask him, he gives very nonchalant answers and doesn’t care if our friendship ‘goes with the flow’. But it’s causing me a lot of anxiety! What should I do?”

Well, this is what Team Hauterrfly had to say regarding her situation:

“YOU need to decide first what you want from him now”

Jinal Bhatt, Associate Editor: “Oooho boy, these ‘friends without borders’ do no one any charity! Trust me when I say this, your confusion will only get worse if you don’t clarify things right away. If you say he is a friend who has known you for a while, then he knows your need for clear, straight lines. Have a proper sit down with him and let him know that you need to DTR — Define The Relationship. He might say he “doesn’t want to lose you as a friend,” in which case it is clear that friendship is a priority. If that’s cool with you then you both know what to do. But if he says, “let’s go with the flow” or something vague (because that’s what men do *rolls eyes*), then you know he is as confused as you. If you’re okay with it, play it out. But if not, demand some distance. Because as much as you cherish this friendship, dooriyaan bhi hain zaroori, to give you time to hit reset and go back to your default ‘friend’ setting.

But you get the underlying theme of this advice, don’t you? YOU need to decide first what you want from him now. More than a friend? Or just a friend? Do you want clarity from him because you’re afraid of addressing your own feelings about him? Decisions, decisions!”

“…Having a conversation about this and communicating it to the other person is important.”

Ritu Sanghvi, Writer: “Ugh, these situations can be quite tricky – especially when y’all are friends. You don’t want to say anything because you think you might ruin the friendship or whatever y’all have, but at the same time, you need to understand where y’all stand. I would suggest that instead of talking to him first, figure out what you want from him and what y’all share. Once you’re clear on that, then go ahead and sit him down and talk. Understand where he comes from and how he perceives the moment you both shared. And when you know what he is thinking, communicate to him what has been going on in your mind. Now, this could go either way. Either you might be on the same page or maybe you are not. Whatever it is, trust me, having this conversation will be good for both of y’all and the relationship you both share in the long run. But having a conversation about this and communicating it to the other person is important.”

“Unless you cannot figure that out, you have no real basis to draw your boundaries on”

Priyadarshini Malavia, Writer: “Well, considering it is you that wants these boundaries it is for you to first decide what you want from the relationship and the guy. Unless you cannot figure that out, you have no real basis to draw your boundaries on. So you need to be a bit selfish and first decide what YOU want (without considering the guy for a bit and thinking of your needs). Then talk to him about your expectations and based on what he says, draw firm boundaries according to what makes you comfortable.”

“Take your time to figure out answers to the frequently occurring questions, first with yourself.”

Jasveen Sawhney, Writer: “If this is something that is bothering you, then you must clear the awkward air. Take your time to figure out answers to the frequently occurring questions, first with yourself. If you think that your feelings for him have completely changed post the incident and there’s no turning back (which might not be the case with the guy) then girl, it’s important to communicate. I mean what if, he feels the same and is trying to act all cool about it. Thoda tough hai, but you’ve gotta talk.”

Also Read: BaeWatch: “I Feel Jealous Of My Bf’s Female Friends Sometimes And I Don’t Know What To Do.”

“Also, try to give him some time to figure out the whole situation.”

Preeti Singh, Writer: “First of all, you need to figure out your own feelings towards the guy and your undefined relationship. And then try to explain to him that the one-time thing you both had is causing you a lot of stress and you both need to figure it out together. Also, try to give him some time to figure out the whole situation.”

“It can go either way. But you should get some clarity so that anxiety doesn’t affect you.”

Aditya, Social Media Manager: “Well you girl must first be sure what you want, then move forward. Since you like things uncomplicated you should clarify this with him (a proper sit down). It can go either way. (Just like Ross and Rachel when they were having a baby) but you should get some clarity so that anxiety doesn’t affect you.”

“It’s better to clarify things in earlier stages than overthink and make yourself go crazy with the scenarios in your head.”

Neeharika Singh, Designer: “I believe these situations need to be handled after taking a lot of factors into consideration. In fact, it is rather normal to go through a sudden change in feelings after some sort of physical intimacy is involved. One major question to ask yourself is, how did you feel about this person prior to “the kiss”? Did you view them as just “a friend” or “something more”? You need to figure out the level of attraction you had towards this person on the base level. Chances are deep down, you know if there’s any chemistry between the two of you or none at all. Depending on how you both handle your emotions, you can choose to bring it up with your partner. It’s better to clarify things in earlier stages than overthink and make yourself go crazy with the scenarios in your head. If the friendship matters more to the two of you, then make it clear as to what the limitations of this relationship are, and over some time and a little space you’ll realise that maybe you’re better off. As to “Going with the flow”, defining what that means is very important. The two of you need to be on the same page. There is nothing wrong with “seeing where things go” even if it’s just meant to be temporary. As long as you both are open to it, go for it! Lastly, don’t force yourself to succumb to anything you’re not comfortable with. You can always make new friends, and this boy might as well be better off as a story/chapter in your life.”

BaeWatch: “My Mother-In-Law Leaves No Opportunity To Complain To My Mom”