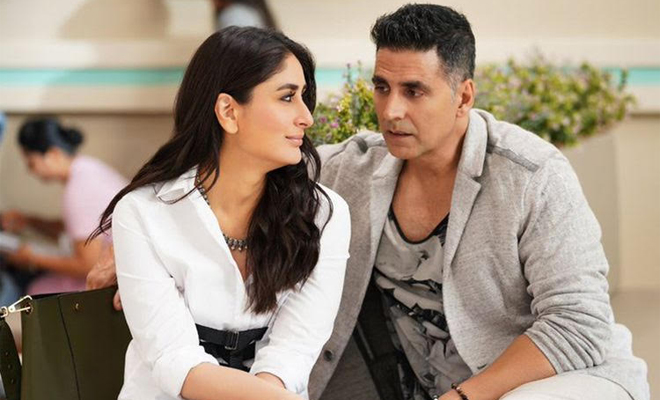 The fact that I am actually writing this story is enough for anyone to assume that I am not very low-maintenance. Let me tell you if you did, you’re not wrong. I am not a person to shy away from being straight-forward and calling a spade a spade. And I don’t understand why I should go along with a spade pretending to be a club – just doesn’t make sense. So of course, I am not the most nodding along kinda girlfriend but if he wants that, he should get a bobblehead. Thankfully, I have been with men who either didn’t expect me to be low maintenance or gave up on that thought after being with me. If a guy expects you to put on a smile and say “it’s okay, hon” after he has been pushing your buttons, that’s the reddest flag you will see.

If it didn’t feel okay, you don’t have to act easy-going because he doesn’t want to come out of his comfort zone. A relationship shouldn’t require you to sell your soul and self-respect and constantly pretend to be what you’re not. You want an attentive boyfriend who puts enough effort and respects you. If he is being lousy, why should you not call him out when you don’t even watch YouTube videos in non-HD versions? Here are 5 reasons you should not pretend to be easy-going to please him.

1) Because it means you’ve standards

A woman who knows her worth will not settle for substandard, lousy partners who have no love game. Men think that saying ‘I love you’ is the end of it and once you say yes, you need no maintenance and that’s just wrong. If he can’t water the plant of your relationship, it won’t grow. So don’t pretend and don’t settle for less.

My best friend is someone who is way more chilled than I am; she isn’t pretending to be that way. She is okay with a lot of things and it’s cool but I am not. So I wouldn’t change myself to make myself more likeable to a guy. Like yes, both partners have to make adjustments. But hey, I don’t appreciate you putting me fifth on your list of priorities. I can be second but not if first is watching football.

We often feel pressurised – consciously or subconsciously – to not confront our partners. Why? Because when we do, several men act like women are just going crazy and irrationally ruining their peace of mind. So you swallow your feelings and act like hey, I am completely okay with you chatting up your ex because I am a “chilled out girlfriend”. The hell I am! Eventually, those negative emotions will catch up with you and end up making you resent him.

I want a man who isn’t intimidated by a woman with standards. He should have it in him to want to be an amazing boyfriend and be able to give a woman what she deserves. If he cannot, then he should remain single.

ALSO READ: I Broke Up Because My Relationship Was Good, Not Great. Here’s Why You Shouldn’t Settle For A Relationship That Doesn’t Excite You

For centuries, women have been expected to obey and serve their men with a smile on their faces. Our misogynistic society likes to view female partners as frivolous creatures devoid of opinions and can be manipulated with some gifts and compliments. Our society’s definition of “easy-going” women is flawed and while the quality isn’t a bad one originally, in our culture it becomes detrimental to our role. We need to stand united and if a guy tells you his girlfriend was a crazy bitch because she had expectations and opinions, dump his soon-to-be sorry ass.

ALSO READ:10 Reasons Alpha Males Are Attractive But May Not Be Great Boyfriends