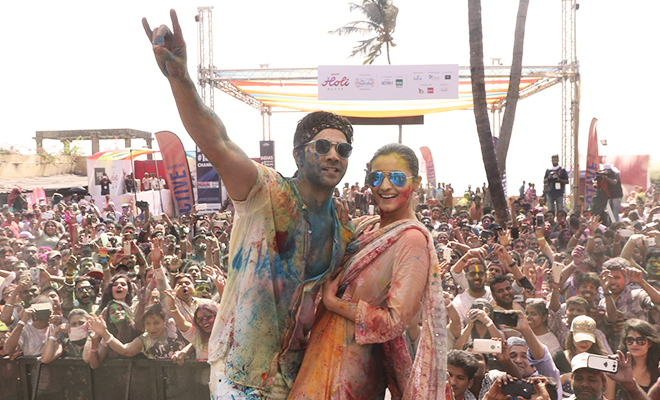 While we were busy enjoying our long weekend and the festival of colours, our celebrities had their share of fun too. There were more than a few holi parties and celebs made a bee line to these high-profile events to let their hair down.

Ekta Kapoor threw a holi bash that had a lot of faces from the TV industry; Zoom hosted a promotional holi party for Badrinath Ki Dulhaniya, where Alia Bhatt and Varun Dhawan were seen dancing like there was no tomorrow.

Priyanka Chopra celebrated the festival with her team and even made sure Jimmy Fallon was a part of the celebrations. Shahrukh Khan posted an adorable photo of his son playing with Lego to mark the colourful day.

From Shradha Kapoor’s boomerang to Diana Penty’s wishes, scroll down to see how Bollywood wished their fans on the occasion of holi.

Wishing you all a colourful year ahead! Have fun, keeping everyone's fun in mind. #HappyHoli !! Be safe. pic.twitter.com/yMaiJVXakD