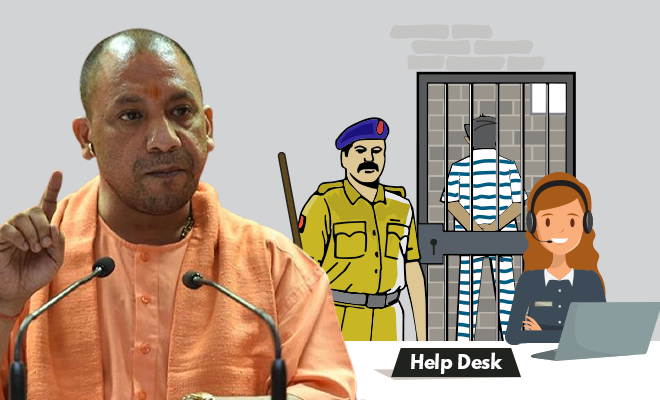 Yogi Adityanath Has Ordered That Every Police Station In UP Have Women’s Help-Desks. It Took Them Two Violent Gang Rapes To See The Need For This

After the 20-year-old Hathras rape victim was secretly cremated by the UP state police in a hush-hush funeral, there have been protests around the country questioning what they were really up to. Of course, our news channels are otherwise busy collecting WhatsApp chats but I am sure when they come around to it, they will ask the same questions. Meanwhile, the UP state government led by Yogi Adityanath has been trying to salvage the situation by starting initiatives to improve the condition of women in UP. The latest of them being that every police station in UP will now have women help desks. Are these more empty promises or are they going to work on this? Only time will tell.

For now, the UP CM Yogi Adityanath has ordered the setting up of women help desks at all police stations in the state. This instruction was given in a meeting with senior government officials. He asked them to prioritize and ensure the women’s security in the state. Did they not know to do that? If they are that thick-skinned why are they senior government officials? Anyway, my question is that with they set up women help desks in every police station across the state, does that women will not be asked severely invasive questions and shamed when they come in to report a rape, assault or domestic abuse? That is a huge problem in states like UP and Haryana.

According to an official statement that was released, on 17th October, the first day of Navratri, Mission Shakti is to be launched. The festival of Navratri has been dedicated women’s empowerment by the state ministry. I don’t know how this is going to solve anything but okay.

Chief Minister Yogi Adityanath, meanwhile, announced that during the Navratri period (October 17-25), a campaign, 'Mission Shakti', would be launched focussing on women safety and empowerment.https://t.co/qDUmYk2hew

Adityanath’s government is stressing that they are committed to the security and honour of women and girls. Yep,  their commitment really shows. Anyway, the CM has also called for girls and women to be taught self-defence techniques. Finally, something we can get behind. He also directed all district magistrates in the state to ensure effective monitoring of the campaign, Mission Shakti.

I want to say better late than never, but the UP government is too late with all these initiatives. Campaigns like Mission Shakti and setting up functional women’s help desks in police stations should have been done a long time ago. It took them two violent gang rapes and multiple domestic violence cases to see the problem that was in front of their eyes all this while. But well, at least they are talking about women’s empowerment now. Things in UP need to get better much faster. We can only hope that the Yogi Adityanath and his government are honestly working towards that and not just making shallow promises.