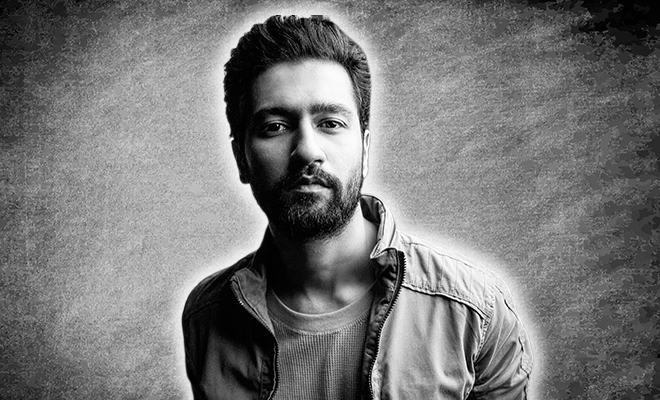 Vicky Kaushal Said He Was Deeply Affected By The Drug Abuse Controversy. Let’s Not Give Out Sentences Based On A Video!

I don’t what is it about Vicky Kaushal that makes women go weak in their knees at the sight of him. Is it his child-like smile with the perfect set of teeth? His humility? The way he blushes? His men-in-uniform characters? I can’t figure it out – but what I know is when I was watching URI – when I walked out, I had no clue what the plot was but remember how he smiled! And while, we really adore him, some folks seem hell bent on pulling him and several other much-loved celebrities down. I am talking about how an MLA accused KJo, Vicky Kaushal, Ranbir Kapoor, Malaika Arora, Deepika Padukone and other guests of taking drugs at Karan Johar’s house party.

He didn’t even put a disclaimer saying it was a possibility that they were indulging in drugs.He made an outright accusation that they did take drugs, as a matter of fact. Did the guy have evidence? Was he an eye-witness? Accusations shouldn’t be made on assumptions. Not cool. I am not saying they were or weren’t – because like I said, I have no evidence to support either of the claims.

Watch how the high and mighty of Bollywood proudly flaunt their drugged state!!

So while all this was happening – Vicky Kaushal was unaware of it. He was in the hills, with the army, where he had no network. But when he was finally up to speed,  he was quite disturbed with what brewed back home. He opened about the incident to PinkVilla, “What I understand is that people who don’t know you personally, see something and make an assumption…that’s completely fine. We all do that. But factualising assumptions…It’s a big leap to take and that’s not fair all the time. We all knew the video was being taken and five minutes before the video was shot, Karan’s mom was with us. The video was put up. Next day I leave for Arunachal Pradesh. I was with the army for the next four days in the hills where there is no network. So I have no clue of what’s going on.”

Vicky added, “I returned and checked Twitter and I was like ‘Hain Ji?’ ‘What?’. FIR…open letter..ye woh. Of course, it had a huge effect on me. It is not nice to be called those names by people.”

I strongly believe if they were doing drugs, Karan Johar wouldn’t be so stupid to upload the video on a social media platform. He has given us blockbuster movies, amazing new talent and he is quite an entrepreneur. You would think he is smart enough to not make such a folly. KJo opened up with Rajeev Masand and said, “There were achieving members of the industry who were having an easy night out after a hard week of work, having a good time. I took that video with all the earnestness… would I be putting out that video if there was anything happening at all, I am not stupid.”

ALSO READ: Vicky Kaushal Revealed That No One Has Ever Cheated On Him In His Real-Life Relationships. We Can Believe It

Really, it’s shameful how awful we are when we speculate about celebrities, acting as if they have no feelings. They are public figures, but they are still human, right? Shameful!

This Woman Put Up A Post About Breastfeeding In A Lehenga And While It Was Beautiful, It Completely Missed The Point