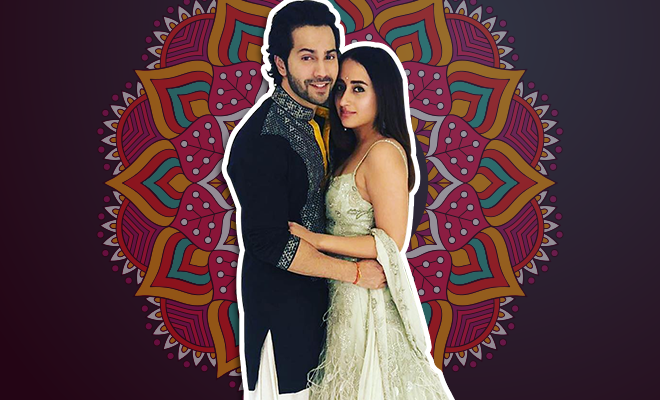 Lavish Bollywood weddings get all of us excited and curious. After the DeepVeer and NickYanka wedding, which took over the Internet last year, we started to wonder who would tie the knot next?! Well, there are quite a few to name, but our bets are on Varun Dhawan and Natasha Dalal, who were recently seen at Goa, and rumour has it that they’re gearing up for a beach wedding. This may or may not be true, but their families have hinted that they would eventually tie the knot soon, possibly this December!

The talented actor is busy shooting for his upcoming dance-thriller film, Street Dancer 3D, which was supposed to release in November end this year. But the makers of the film had to reschedule the release date to January next year. And if reports are to be believed, it is because Varun and his family are planning a year-end wedding for him and Natasha.

A source close to Varun also said, “Varun Dhawan has requested the director of the film Remo D’Souza to shift it to next year. And the reason is his wedding with Natasha Dalal in December 2019.” We are extremely happy for the lovebirds and we can’t wait to see their wedding pictures too!

Another source revealed that the reason for the delayed release was because it needed a solo run at the box office and what better than a Republic day weekend? A source said “Varun and Bhushan Kumar (of T-Series) mutually decided that it will be better for the film to come on January 24. There’s no delay in the film shoot. The film doesn’t even involve extensive VFX and is clearly on time. They could have very well released it this November itself. But the reason they decided to push it is to give Street Dancer 3D a bigger release window. Republic Day weekend would mean a hike in the film’s collections and of late, it has turned out to be a good time for movies at the box office.”

Speaking of movie releases, Varun Dhawan has more projects coming his way and is one of the busiest actors in Bollywood. Meanwhile, apart from Street Dancer 3D, Varun will reunite with his father for Coolie No.1 remake alongside Sara Ali Khan.