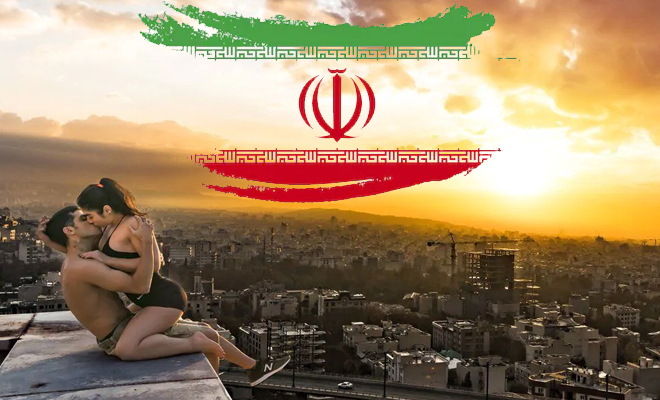 Two Parkour Athletes From Iran Get Arrested For Posting A Picture Of Them Kissing On A Rooftop. Is That Really A Crime?

I have had my qualms with PDA. Public display of affection, be it as little as holding hands or as much as kissing with tongue involved, has always  urged me to gag. Maybe it’s because I am unromantic. Or because I think it’s private. But that’s me and I have learned that my opinion isn’t everything and that people can do what they want without having to wonder what I will think of it. And it wasn’t until I found myself in a relationship that I understood the urge to live in a moment sometimes and let that affection show. And even though many countries, ours included, has laws against practicing ‘obscene acts’ in public places, the definition of obscene can be rather subjective, and there certainly shouldn’t be any law that says getting clicked with your partner intimately and putting it up on social media is a crime.

A couple recently got arrested in Iran for posting a picture of the two of them kissing on a rooftop, and the internet has gone into a frenzy discussing how far people go to protect the conventional mindset of the society, and put people behind bars to prove a point. Operating under the strict norms of the sharia law, according to which their picture of kissing was an ‘unconventional’ move, two parkour athletes have been arrested for breaking the law in Iran.

Also Read : Mouni Roy Has Been Stranded In The UAE For Two Months With Very Few Clothes. Bit Of Privileged Problem, Isn’t It?

Alireza Japalaghy, a popular parkour athlete, and his stunt partner who were caught by the Tehran’s cyber police. The police chief Hossein Rahimi commented on the matter by saying, “We are against this individual and his companion’s norm-breaking and vulgar behaviour and the police and the judiciary will certainly deal with them.” And honestly, listening to how staunch they were about their beliefs, to not even let go of an moment of love between two consenting individuals, makes us want to question what exactly are these customs they are protecting, and why it’s more important that people.

Iranian authorities arrested Alireza Japalaghy, a parkour sportsman, after he posted this picture. Police is now looking for the woman as well.
Can you define their crime? pic.twitter.com/SU0k8M2d2q

They should give the guy an award for the amazing pictures ; not arrest him!!!

A police report on the case read as, “Images of a young boy and girl who exhibited improper and unreligious behaviour were published on social media. These people were arrested by the police with the judiciary officials’ command, because what they did was a sample of ‘advocating vice.'”

And even though we understand how rules are rules, and getting intimate in public can flout cultural norms, tracking two people down over their Instagram feed and putting them behind bars when many culprits committing serious crimes roam free, is too much even for them. And, twitterati agrees. Yes, the islamic laws are strict and have their reservations about women wearing revealing clothes, or indulging in PDA, but even then, considering no real crime has been committed, we hope the couple is soon set free!

Also Read : This Muslim Woman’s Plea To Allow Women To Enter Mosques Has Gone To The Supreme Court. This Will Start An Important Dialogue