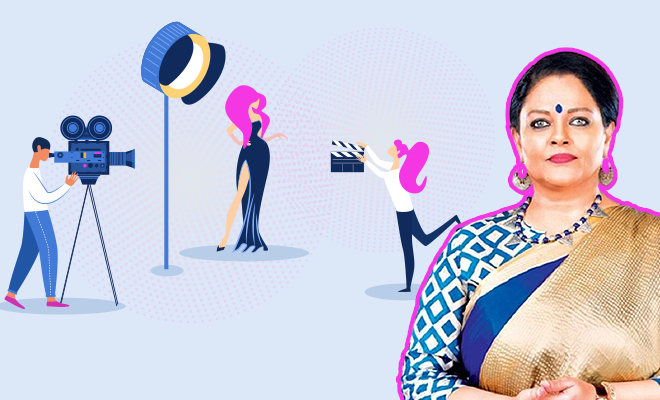 Just last night, my mother and I watched Renuka Shahane’s Tribhanga together. And if I am being honest, I had a very lukewarm reaction to the movie. While I loved that had three very strong, very imperfect women at the centre of it all, I couldn’t help but feel like they didn’t do any of the aspects they talked about complete justice. But as I said, I loved that it was a movie that portrayed the story of three very unapologetic women who have their own perspective. However, actress Tanvi Azmi, who brings the role of Nayan to life, believes that Bollywood still has a long way to go before women-centric movies and strong woman characters are fully accepted and appreciated. Do you agree with her?

While a lot of people are raving about the fact that women-centred movies like Tribhang are doing exceptionally well, we can’t deny the fact that in mainstream cinema, women characters are still written in very stereotypical ways. It’s always the hero who claims the spotlight while the woman characters aren’t given as much importance.
In a recent interview, Tanvi Azmi said that she too thinks that women in movies aren’t given as much importance. She also said that she feels that despite the sudden surge of women-centric movies we have a long way to go.

Tanvi Azmi said, “We don’t see women as real human beings, especially in our films. They are always more of a padding to the actual story and never given such an importance.”

Also Read: Tribhanga Review: A Story Of Mothers And Daughters To Watch For Its Themes And Not Execution

Citing Taapsee Pannu’s movie Thappad as an example, Tanvi Azmi further adds that it was one movie that pleasantly surprised her and she is glad movies like that are being made now. She said, “It was a film like that which was pleasantly surprised because it was a man’s gaze in a woman’s world where he was holding the man responsible. It is nice that things are turning around and people are aware but a woman was never really looked at in such depths, her pains, her drams her failures, her losses, any of that. I am glad that we are now coming up with stuff like that.”

We are extremely glad for this shift in narratives too. While it’s true that women-centric movies have a long way to go before they can be properly accepted and appreciated, it would be a shame to not credit the change that has already taken place. After numerous women-centric movies and strong woman characters, the way they are perceived is getting better and better. And we are all for that.