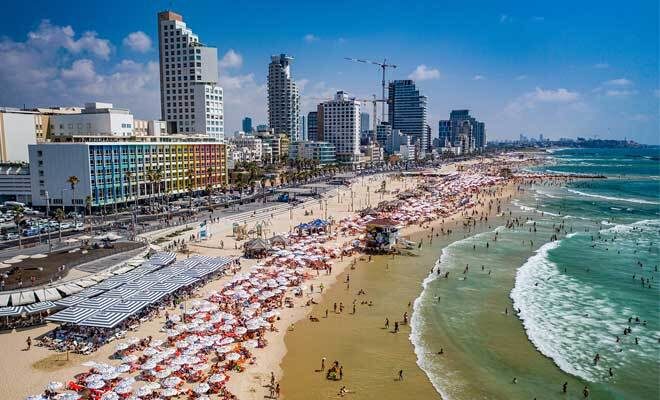 The World’s Most Expensive Cities To Live In Right Now: Tel Aviv Is On Top For The First Time.

Its been a difficult year for all of us because of the pandemic, the cost of living in big cities all over the world is touching the sky. According to Economist Intelligence Unit (EIU) survey, Israel’s Tel Aviv has become the world’s most expensive city to live in. The Worldwide Cost of Living is a twice-yearly survey conducted by EIU which compares nearly 400 individual prices across 200 products and services in 173 cities to determine the world’s most expensive cities.

Tel Aviv jumped from fifth place to top the list of the world’s most expensive cities to live in for the first time. The main reason is the increase in the prices of goods like groceries and transport in Tel Aviv, according to the EIU. The inflation rate is the fastest recorded in the past five years.

Paris and Singapore are sharing second place in the list as the most expensive city to live in. Zurich and Hong Kong are in the top five expensive cities in the world respectively, according to Worldwide Cost of Living.

New York secured the sixth spot. Whereas, Geneva is the seventh expensive city as the list suggested. Copenhagen, Los Angeles, and Osaka are in the top ten list respectively. Rome dropped from 32nd to 48th rank in the list, that was the biggest drop. Because of the reimposition of U.S sanctions on Iran, Tehran climbed from 79th to 29th place. Damascus, the capital of Syria remains the world’s cheapest city to live in.

According to the survey, the prices for goods and services had risen 3.5% compared to 1.9% last year. Cost increases were highest for transport. Hong Kong had the most expensive price for petrol, at $2.50 per liter

Upasana Dutt who is the head of work worldwide cost of living at EIU, said in a statement, “Although most economies across the world are now recovering as Covid-19 vaccines are rolled out, many major cities are still seeing spikes in cases, leading to social restrictions. These have disrupted the supply of goods, leading to shortages and higher prices.” “Over the coming year, we expect to see the cost of living rise further in many cities as wages increase in many sectors. However, we are also expecting central banks to raise interest rates, cautiously, to stem inflation. So the price increases should start to moderate from this year’s level,” she further added.