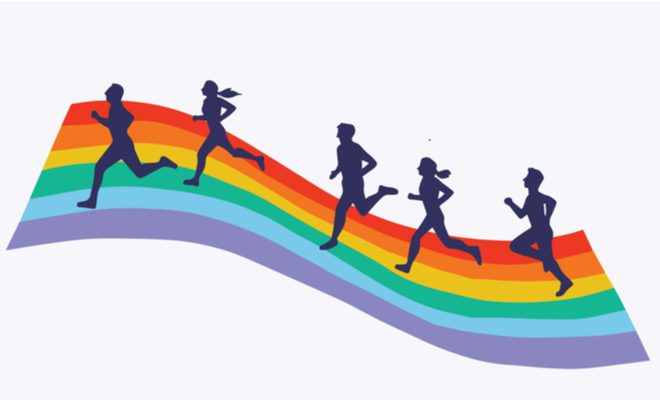 Whether you’re from the LGBTQ community or an ally, we know for sure is that everyone’s journey and struggle is different. Especially when we talk about coming out as gay, lesbian, trans, etc. But one thing that is common in their journey of coming out (or not) is a choice. And it’s the least of the courtesies we can extend to everyone. When they want to come out, if they want to come out and who they want to come out to.  And many times this decision is not respected by those who already know about the person’s gender identity. Take the instance of these TikTok and Twitter users who put out multiple videos that showcased profiles of athletes in Tokyo’s Olympic Village on Grindr.

Recently, leading social media platforms – Twitter and TikTok – took down dozens of videos that exposed profiles of gay Olympians in Tokyo that were on Grindr. Some of these videos had thousands of views and showed creators using Grindr’s explore feature to check out the profiles of users in Tokyo’s Olympic Village.

What was even more intrusive is that some of these creators showed full faces of athletes and or revealed identifying details about them. And out of all the gay athletes that were exposed in these Twitter and TikTok videos, some of them belonged to countries that are infamous for their anti-LGBTQ+ stance.

While removing the videos that exposed gay Olympians, Twitter stated that the videos had violated their hateful conduct policy and which is why steps were being taken to remove them. Even TikTok said that these videos violated their community guidelines and took down the videos. If a user would try to search for these videos, he/she’d come up empty.

These videos on TikTok about gay athletes and Twitter might have out some of the athletes that have not come out yet and even became a threat for these athletes that belonged to countries where homosexuality is outlawed. Regarding the entire incident, Grindr stood up and condemned those users that have been insensitive and invading the privacy of these athletes by creating such videos. In an official statement, Grindr said, “Out of respect for our users’ privacy, and out of respect for the contractual commitments these individuals made, Grindr demands that these individuals remove their social media posts that include images from the Grindr platform.”