The Thugs Of Hindostan Trailer Is Out, But Where Are The Women? 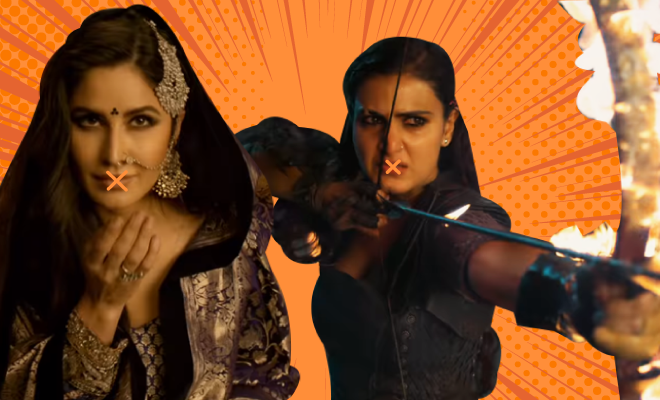 Okay, guys. The Thugs Of Hindostan trailer is here. The makers served us several tidbits with each character introduced with a motion poster. The one with Fatima Sana Shaikh seemed particularly interesting because we were like, ‘Hey, it looks like we finally have a movie where women will be shown as warriors, with fighting scenes and cool dialogues and everything!’

Well, the trailer is out and we may have gone overboard with the expectations and enthusiasm. Because while it does have the women, they could have been furniture. The trailer that clocks in at 3:38 seconds has Amitabh Bachchan introduced with powerful dialogues playing in the background and intense close ups. Fatima has a close up, but no dialogues. She’s wearing lots of kohl to drive home the fact that her role is going to be serious, but she says nothing. There are several montages of her, but not a peep.

Then, Aamir comes with all that swagger and those dialogues and that look (not inspired from Pirates of The Caribbean) and the trailer goes on. At 2:17, Katrina Kaif, apparently a big part of the movie, finally makes an appearance. But worry not, nothing upsets the misogyny cart. She doesn’t say anything at all as well.

You don’t hear a female voice in the entire trailer. Folks, we are in 2018! *slow clap*