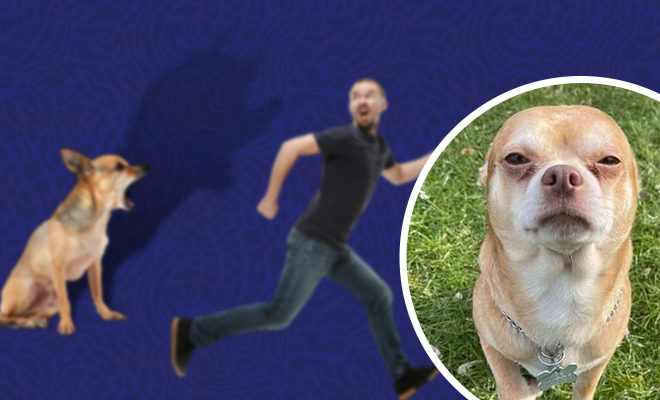 According to me, there are two types of people in the world. Dog lovers, and abnormal humans. Speaking from what many people might call bias, but what I like to call ‘experience’, there is no feeling in the world better than that of adopting a pet dog and gaining a friend for life. The affection, the warmth, the unconditional love that  come with petting a dog is unparalleled to almost anything else. And while most people endorsing dog adoption would emphasize on just these things, a woman on the internet has chosen an approach quite the opposite. She decided to be brutally honest about her chihuahua.

Putting up an adoption ad for her pet Chihuahua, this woman called Tyfanee Fortuna, broke the internet with her unusually honest advertisement, that was too straightforward for its own good. Calling her 2 year old Chihuahua a “neurotic, man-hating, children hating” dog, Tyfanee barely did hold back.

Counterproductive to her appeal for adoption, Tyfanee’s brutally honest ad was anything but an endorsement for the little guy who was described oh so vividly. As she candidly and hilariously wrote about ‘Prancer’, she left no detail out.

Ok, I’ve tried. I’ve tried for the last several months to post this dog for adoption and make him sound…palatable. The…

Also Read : These Dog Parents Dressed Their Pug In Groom Clothes In An Attempt To Get Him Married. This Is The Cutest Thing On Internet Today!

Describing him as a “gremlin” looking dog, Fortuna called him, “literally the Chihuahua meme that describes them as being 50% hate and 50% tremble.” She also shed light on Prancer’s former owner who was supposedly an old lady “who treated him like a human and never socialized him,” leading to the “neurotic mess.” And clearly, she didn’t stop there. Putting a more graphic touch to the imagination, she described him as a “vessel for a traumatized Victorian child that now haunts our home” who hates men, children and doesn’t get along with other animals.

Putting out her opinion in which she thought the ideal home for him would be  with a single woman or lesbian couple, Fortuna shared how she and her family were tired of living “in the grips of the demonic Chihuahua hellscape he has created in our home.”

The hilarious post has already garnered over 41,000 likes, having been shared more than 64,000 times. Despite sounding like pure evil, Prancer’s endorsement has won him quite a few loving comments and wishes from netizens, who wish that he gets adopted soon! Guess it’s time to raise hell elsewhere for Prancer!

Also Read : Couple Hosts A Baby Shower For Their Pet Dog, Steffi. This Is Adorable!