This Soldier Lost His Life In The Pulwama Attacks. Now, His Wife Will Don The Army Uniform. She’s Saying It’s Her Way To Heal 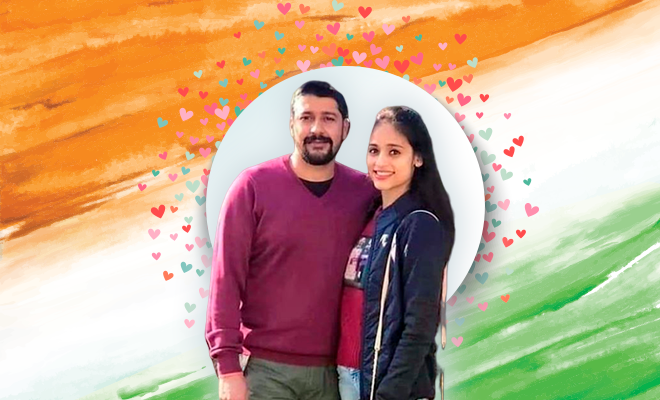 While we all hail the soldiers who lay down their lives for the country, as we should and they do deserve it, we often forget about the families they leave behind. The ones who deal with the loss of a loved one while they still celebrate their bravery. And while the nation does come first for soldiers, for the wives, it can be a tough compromise.

In February  2019, Major Vibhuti Dhoundial who was posted with 55 RR, was martyred in Pulwama. He lost his life during a 20-hour gun battle. He had been married for less than a year and his wife Nikita bid him a tearful goodbye. Reports say when she stood by his coffin, she said, “You said you loved me, but the fact is you loved the nation more. I am really proud. We all love you. The way you love everyone is entirely different because you sacrificed your life for the people who you may have never met, but still you decided to give your life for them. You are such a brave man. I am very honored to have you as my husband. I’ll love you till my last breath. I owe my life to you.”

ALSO READ: The Supreme Court Said Women Must Get Commanding Positions In Indian Army And That Women Are No Lesser Than The Men. Finally!

Now Nikita is ready to wear the army uniform. She has cleared her Short Service Commission (SSC) exam and interview, only the merit list is awaited. It’s a gut-wrenching story, donning the uniform of the profession that took your husband’s life. But Nikita said this is her way to heal.

Speaking to News 18, Nikita said, “I took time. I first needed to accept what had happened. Vibhu was very progressive. He wanted me to do better than him. So whenever I had any anxiety or doubt about my decision to join the Indian Army, I would close my eyes and think about what Vibhu would do. He was instrumental in my decision to join the army.”

Currently, Nikita is working with an MNC in Noida but she will give up her job and move to Officers Training Academy in Chennai. When she was asked during her interview how long she has been married, she said two years. The board said it read that she was married for only nine months. “Vibhu is not here physically but that doesn’t mean our marriage has ended,” she said.

Recently, the Supreme Court also shut down the government when they tried to say that women shouldn’t be given commanding positions because the men couldn’t deal. Women in our country are making giant leaps and clearly, there’s no stopping them.