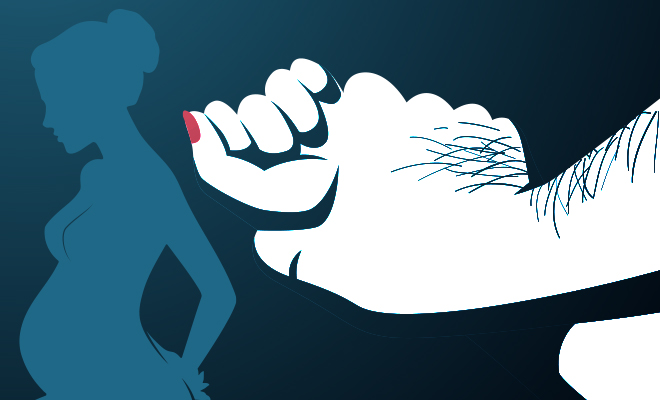 This Man Raped And Impregnated His 15-Year-Old Sister-In-Law Because His Wife Was Pregnant. This Is Horrifying

India is a lot of things but what it isn’t, is safe for women. We have had lengthy discussions and heated debates about how our country could go the extra mile to ensure that our women are protected from predators. But has it made a difference? Not in the slightest. There comes a time when merely talking about an issue as grave as rape and sexual assault is not enough. The rape culture is embedded so deep in our society that it’s going to take something much stronger than words to get rid of it.

These past few months have been difficult, to say the least. But it seems like even a pandemic and multitude of natural disasters is not enough to stop men from forcing themselves on women. Instead of decreasing, it feels like the number of rapes is now not only increasing but getting more gruesome and monstrous with each one.

Yes, another case horrific has come to light and time from Gujarat. A 15-year-old girl was allegedly raped and impregnated by her 30-year-old brother-in-law. This ordeal went on for a while before the police were informed.

The 15-year-old victim lives in Chotta Udepur with her mother, elder sister and younger brother. The accused began living with them about 2 years ago after marrying the victim’s elder sister.

About 8 months ago, the sister got pregnant and that’s when the horrible ordeal started. The victim stated that her brother-in-law raped her on multiple occasions. When it happened for the first time, she informed her elder sister and the couple had an argument about it. The accused promised the sister that it would never happen again but obviously did not stick to his words. He continued to rape the 15-year-old girl and even threatened her and his wife with murder if they told anyone about this.

The whole incident only came to light when the victim began complaining of a stomach ache. She was taken to the hospital where the doctors confirmed that she was pregnant. The victim was beyond 20-weeks pregnant so getting an abortion was ruled out.

Upon learning about the rape and the pregnancy, the victim’s mother immediately called the 181 Abhayam helpline and reported the crime.

Also Read: A Father Raped His 19-Year-Old Daughter After Rendering Her Unconscious. This Is So Sickening

However, before a team from the helpline could arrive, the accused fled. The 15-year-old girl was counselled and the information of the case was given to Dabhoi Police. An FIR has been registered against the accused under the POCSO Act and relevant sections of the Indian Penal Code (IPC). Though the accused is still at large.

What is happening in our country? Why have rapes become such a common piece of news? It’s like a horror story come true. Just because his wife is pregnant, he thought it would be okay to violate his minor sister-in-law and in the process, he’s left her with a baby and emotional trauma. And now, there will be people who will say stupid things like, “she should’ve called him bhaiya and this wouldn’t have happened” or “she should have sung the Gayatri mantra”.  Well, he should’ve stayed away and not raped her! This is beyond shameful.

Familial rapes are on the rise and it’s worrisome and alarming.

Why are we headed down such a disgusting path?