The Internet Is Upset About AR Rahman’s Daughter Choosing To Cover Up. We Can’t Even… 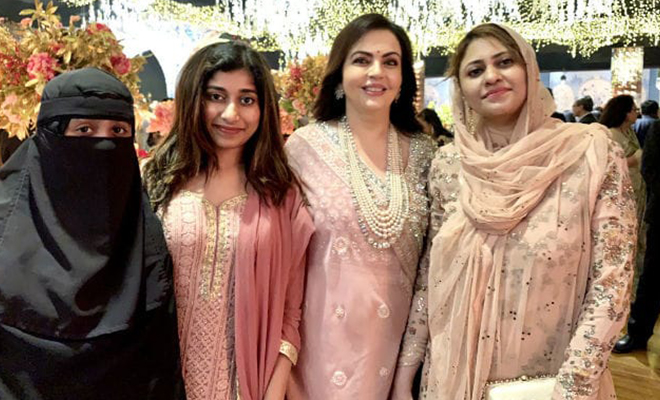 The internet is a fun space. We imagine there are a bunch of people who sit there with their extra sensitivity carefully placed right next to them, and then take a deep breath log on and get offended at, well, everything.

If they aren’t occupied with taking offense, they launch vile attacks at celebs, fat shaming and slut shaming them. And on their radar this time was music maestro AR Rahman. He was at the receiving end of some harsh and completely presumptuous criticism for ‘allegedly’ forcing his daughter Khatija to wear a niqaab at an event. His daughter wore the covering for the head and face at an event that was held to celebrate 10 years of the Slumdog Millionaire album. Khatija was invited on stage to speak about her father’s tremendous accomplishments- he won two Oscars that year -Best Original score and Best Original Song, Jai Ho.

Instead of discussing his accomplishments because that’s what this entire event was about, the internet lost its marbles that his daughter had chosen to cover up. Because how else does one entertain themselves?  Not extending any leniency or benefit of doubt to the musical prodigy, people took to twitter to roast Rahman for being regressive and hypocritical.

However, the musical genius was not having it, rightfully so and decided to shut those trolls down by giving them a piece of his mind. He posted a picture of his daughters Khatija, Raheema and wife Sairaa with wife Nita Ambani with a caption #FreedomToChoose.

Let’s just say, if you’re a public figure, you can’t do anything right. Cover up and you are too regressive, show some skin and you are slut shamed. It looks like there simply isn’t a way out.