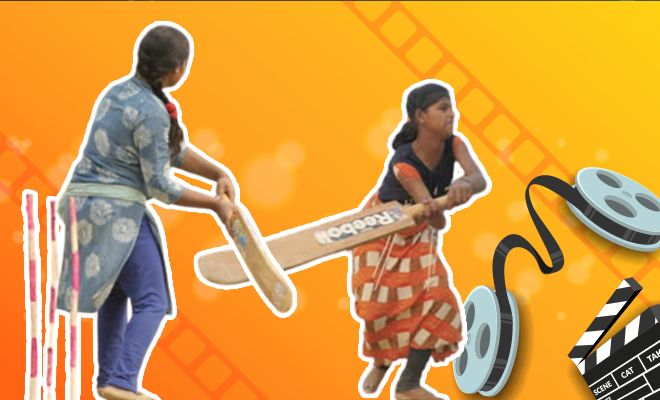 I am a writer right now, but I often wonder what would have happened if I had chosen a different career for myself. While writing has always been my passion, another thing that has also fascinated me is dancing. And if today I were to be told that I cannot be allowed to dance and practice at my will, I would probably throw a fit of rage. And that would be my rebellion. And it’s what the girls of this village are doing for their right to play cricket.

The place in question is Murailapur, a small village nestled in the Jaunpur district of Uttar Pradesh where young girls have only recently started getting out of their houses to play their favourite game – cricket. But this came at a price. Not always offered the liberty of stepping out and doing what they want, these girls from Murailapur had to face a lot of backlash, society’s taunts and resistance before they were allowed to play a sport they liked.

Helping them through the process was Kanchan Bharti, a worker with Breakthrough India, a non-profit that has been working to transform gender norms, end violence against women and girls, and help increase the number of years they spend at school. Hailing from a neighbouring village of Udpur Gelhawa, the 34-year-old woman underwent a number of hardships before she could bring about any change.

Also Read : Mithali Raj Said COVID-19 Has Set Women’s Cricket In India Back By Few Years. Women In Sports Should Get Equal Opportunities

It's not just a game of #cricket for #girls in Murailapur in Jaunpur, #UttarPradesh! It's them striking down oppressive #gender norms. #InternationalYouthDay pic.twitter.com/V9s1n8PIfD

She shared, “I have had doors slammed shut in my face by not just men but also women who said that they were happy with their age-old circumstances, customs, rules and regulations that they’ve been living with.” Still finding a way to get through to the people and families, Kanchan managed to win the confidence of a few women. That is also when she started urging women to push their girls for a round development, that included being involved in physical games, like cricket.

“Is this a game for girls? Kya yeh Sachin Tendulkar banegi (Will they become another Sachin Tendulkar)?”, were the kind of questions that fathers and brothers would often ask, this was often laced with contempt. But with the help of the elderly womenfolk of their homes – the ones who understood that girls too needed some recreation – that permission came through. And from there, there was no looking back.

Sanjana, the captain and bowler of the Morni Cricket Team in Murailapur says, “Humne bahut chunotiyon ka saamna kiya hai (We have encountered a lot of opposition and challenges). Now there is a change in people’s mindset. The same bhaiyyas (brothers) who once said ‘hum tumhe maarenge agar tum khelogi (we will beat you if you play)’, now ensure that our ‘cricket field’ remains clean and free of unsavoury elements like the men who earlier sat around here drinking.”

One fine day a group of girls started playing cricket in Jaunpur. Why is this an exceptional story? Read on: #DayOfTheGirl #20YearsOfBT (1/6) pic.twitter.com/jwJst155qh

The families are happy with the idea now, because according to them, the girls first finish their housework and then go off to play. And with this one change, a lot more has been changing for the better too. With mothers in no rush to get their daughters married, and fathers understanding the need to let their daughters complete their education, the girls credit cricket for this change.

And what has been even more inspiring for these girls, and for everyone of us who are reading this, is when a movie was made on the life of these girls playing cricket. Capturing their struggle, their determination and their success, a movie was shot on these girls, making not just them but also their familes proud. Sanjana went on to say, “Ma ne bola, ‘ladkon ki to kabhi shooting nahin hui, unpar kabhi film nahin bani. Tum log ne hamara naam roshan kiya hai. Aur mehnat karo’ (Mother said, boys have never had a film made on them. You have made us proud. Continue working hard).”

Clearly, there is nothing that women can’t achieve or be good at, all they ever need is a chance to prove themselves. And we are glad that girls of Murailapur are fighting for that chance.

Also Read : This Bangladeshi Women Cricketer Bride Pulls Off A Cricket-Themed Wedding Photoshoot In A Saree. She Has Everyone Bowled Over.