The Bombay HC Observed That A Housewife’s Role Is Most Challenging And They Are The Least Appreciated. This Is So True 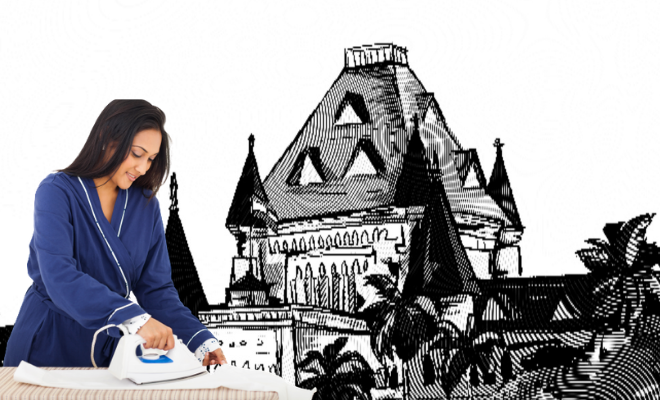 These last few months have been especially difficult for everyone. It has brought us back to the basics and exposed the true nature of gender norms. In most households, the mothers are cooking, cleaning and running behind the children while the fathers have been on summer vacation. I mean, pandemic or not, don’t you think we take everything our mothers do for us for granted? Our fathers do for sure. Which is why it made us so happy when the Bombay HC recognised that a housewife’s role is the most important and challenging but least appreciated.

Most of the women in our country are housewives or homemakers. They run the house smoothly and are primarily responsible for upbringing their children. It’s one of the most difficult jobs. They get no leaves and there are no fixed timings. However, the problem is that no one looks at it in that perspective. To them, it’s not a job but the duty of a woman to take care of the house. And hence, no one sees the hard work and struggle that goes into it.

For a long time, homemakers did not receive the appreciation or even the recognition that they deserve. Hence, when the Nagpur bench of the Bombay HC observed that they play a key role in the functioning of the household, it was a moment to celebrate. Justice Anil Kilor said a housewife holds a family together, as a pillar of support for her husband, a guiding force for her children and a caretaker for senior citizens in a household.

The court made the observation following an appeal filed by a man challenging a previous order rejecting his claim for compensation on account of the death of his wife in a road accident.https://t.co/K57lljoMyZ

The judge also added that a housewife works round the clock and without a day off. But her work goes unacknowledged since it doesn’t fetch a monthly income.

This observation came after following an appeal filed by Rambhau Gavai, a resident of Amravati in Maharashtra, and his two sons. They moved HC to challenge a previous order of the Motor Accident Claims Tribunal at Achalpur in Amravati district.

In 2005, Rambhau’s wife, Babybai perished in a car crash. Her car rammed into a tree at a high speed and she succumbed to her injuries. In 2007, the tribunal rejected the claim for compensation of her death. They dismissed the claim solely since she was a housewife and not an earning member of the family.

However, the HC reversed the tribunal’s order saying that it was contrary to settled legal principles. Justice Kilor said that it was impossible to count the services rendered and work put in by a homemaker in monetary terms. He also referred to a 2001 judgement passed by the Supreme Court that said the loss to husband and children following the death of a housewife or mother has to be computed by estimating the loss of personal care and attention given by the deceased.

Also Read: The Bombay HC Has Directed That Cops Be Investigated For Their Shoddy Work In Crimes Involving Women And Children

The HC fixed the income of Babybai at Rs 3,000 as a housewife and an additional Rs 3,000 for doubling up as a labourer. By this calculation, it held that her husband and sons were entitled to Rs 8.22 lakh as compensation for her death.

The court gave the insurance company three months to pay the amount and granted it liberty to recover the amount from the vehicle’s owner.

Housewives have got this kind of recognition and after a long time. We are so glad that Bombay HC treated this as a service that deserves respect and not dismiss it as a norm.

However, the sad part is that it took an entire pandemic and lockdown for us to appreciate the work that they do. Honestly, even I hadn’t put that much thought into this. It’s taken for granted that housewives are there to provide us with delicious meals, fold our laundry and clean up after us. This pandemic has shown us how much hard work goes into it.