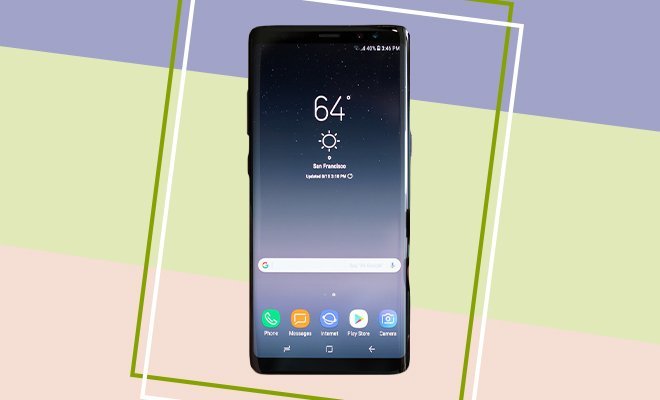 5 Reasons The New Samsung Galaxy Note 8 Is Killing It

The much-awaited Samsung Galaxy Note 8 has finally been launched and will hit the Indian markets sometime around Diwali, priced at around 70k. Perfect gift, no? Yup, if we have a kidney to sell.

After the fiasco that the Note 7 was, this is Samsung’s attempt at getting back in the smartphone game. Will it manage to do that? We’ll only know in a few days. But for now, the phone comes with some pretty amazing features that are unique to this gadget.

Scroll down and see what made us go ‘wow’, and whether it is worth buying or not!

1. Dual Camera At The Back With Kick-Ass Features

Finally, Samsung has introduced the dual camera feature, both at 12 megapixels each, at the back of its phone and it comes with optical image stabilization that allows users to take better quality images.

Calling it ‘Live Focus’, you can now produce the blurry effect among many others on your phone itself. Selfie game is going to another level and how!

Samsung Galaxy phones are known for their stylus and this one just got better. The S Pen as it’s called, will now let you make animated pictures or GIFs and share it with any app that supports GIFs.

This is a big win for all you creative minds out there, who love making quirky material for your social accounts. Hmm… maybe I need this.

3. Write On The Home Screen Now

Another thing that the stylus lets you do is write notes on the home screen without unlocking the phone. Though, it hurts that it is replacing diaries, it is a boon for all those who can’t keep a track of their to-do lists.

Plus, the huge 6.3 inch screen just makes the experience of writing on it a good one. To give you a background, the iPhone 7 Plus has 5.5 inches screen, so you know just how big this phone is!

4. Split Screen Apps, Because We Need It

Since the screen is so big, it helps the split screen feature work magically. What’s more is that you can sync your apps and open two of them together. Yes, you can scroll through Facebook and read your Whatsapp messages at the same time!

Oh God, we needed this. We so did.