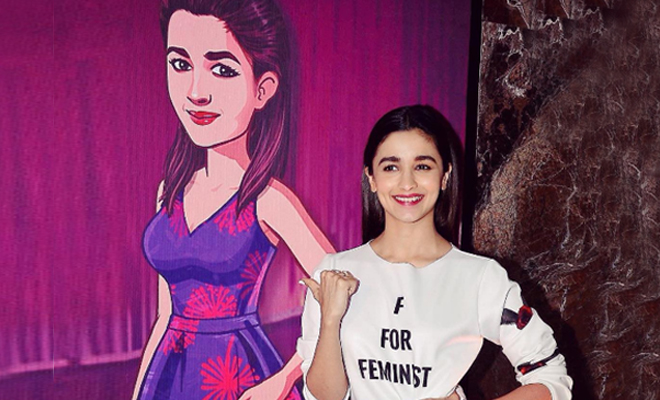 #Appturday: Here’s Your Chance To Become BFFs With Alia Bhatt!

Tired of using the same ol’, boring apps? Keep up with the hottest new app launches and rediscover old favourites with Appturday! Appturday’s, a weekly post from our Social Media Editor where she rants, raves and shares the apps she’s currently into.

There are enough and more gaming apps out there revolving around Bollywood, but when everyone’s current favourite actress, Alia Bhatt, launches her own gaming app, we can’t help but take notice. And weirdly enough, Alia Bhatt: Star Life sounds and feels too familiar to Kim Kardashian’s game that was released in 2014. Though, she denies that it was a rip-off, one look at both the games and you will know.

She will now be seen in a digital avatar in a life simulation app created by Moonfrog Labs, an Indian mobile game developing company that is based in Bangalore.

That does not mean we didn’t try it out! Hell, we did and for a very bizzare reason, you just want to keep playing. The game is all about living the life of a star, starting right from the beginning, where you are the assistant to a photographer. The way you meet Alia, who ultimately becomes your bestie, is a little funny, but I don’t want to give out any more spoilers. (Hint: cat lovers be sure to check it out.)

After you have downloaded the game and created your character, you can start your journey. From dressing up for parties, hiring a manager, networking, doing cameos, attending press conferences, participating in photoshoots, and flirting with whoever you want, this game is a definite roller-coaster ride. It takes you through the life of an actor in a very realistic manner.

All this sounds quite exciting and exhausting, but all you have to do to move forward is tap on the instructions that will constantly show up, and simultaneously, you’ll be earning points or cash for completing each task. You later use this money for your travel expenses and other things.

The art direction is fantastic and the dialogues are hilarious. Most of them are in English, but every now and then, the Hindi slangs show up, making it ultra Bollywood, which is really the motive. There is even a point when Alia says, ‘Haila’ and though your intellectual self asks you to bury your face in shame, the entertainment value is too high for you to let go. Other than that, there isn’t much happening on screen — even when they ask you to switch on the light, the bulb doesn’t go on. So, the animations could be better.

The only character with a voiceover in the game is that of Alia’s, but that is also in bits and pieces. So you can totally play the game on mute and not feel any FOMO.

All said and done, it is a fun, stress-busting game that lets you be glamorous, date people from the same gender (no kissing scenes yet), travel around the world, learn how to dance, and is the only time when the cost of a taxi from Versova to Bandra is Rs 20!

Get it here for Android and iOS.