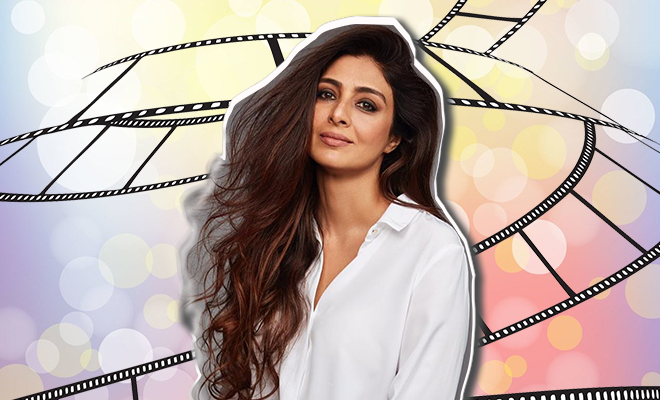 Tabu Is Excited To Do Jawaani Jaaneman Because It’s A Departure From Her Previous Roles. We Can’t Wait!

Looks like most of the Bollywood celebrities are currently out of the country, either on a vacation or shooting for their films. We, on the other hand, are wrapped tightly in a shawl because the guys controlling the office AC temperature are plain sadists. We are day dreaming of about a vacation, that counts for something, right? Fine, it doesn’t. Anyway, the  powerhouses of talent that are the star cast of Jawaani Jaaneman are currently busy shooting in London. Recently,  Tabu officially joined the team and is all set to play a key role in the film. The talented actress and Saif Ali Khan will be sharing the same screen after a really long time and the two are extremely excited on collaborating in Jawaani Jaaneman. Hum Saath Saath Hai was the last film where the two were seen together. Tabu is coming high on the success of Andhadhun, a movie that showed her in very interesting light.

It is confirmed that Saif Ali Khan will be playing the role of Aalia Furniturewalla’s father in this film that’s going to be a comedy. Jawaani Jaaneman is also making headlines as it is going to be the launchpad of Pooja Bedi’s daughter Aalia, who is a social media star already! The film revolves around a father-daughter duo and their endearing journey through a roller-coaster of emotions with lots of heartwarming moments thrown in. Tabu recently revealed some details about her character in the film and we know she loves sinking her teeth into great roles so we wanted more deets.

Speaking about her character in Jawaani Jaaneman, Tabu said, “Since I have been playing dark roles off-late, the character I play in Jawaani Jaaneman is absolutely refreshing. I loved the script when I read it and I definitely wanted to do this at first go.” Tabu was last seen essaying a negative character in the Ayushmann Khurrana starrer, Andhadhun, which garnered all sorts of praises. Tabu’s performance was highly appreciated in the much-talked about film!

Earlier, Tabu shared the first look of her character in the film on Instagram, which featured her in a casual look, dressed in a black top and blue jeans brown boots. First, a picture of the actress was shared by the makers but Tabu’s face wasn’t clear in the picture. That got fans speculating that it could be either Kareena Kapoor Khan or Deepika Padukone. According to some reports, Kareena Kapoor Khan might also have a special cameo in the film.

Speaking about Jawaani Jaaneman the film’s producer, Jackky Bhagnani revealed, “A fresh script, a fresh cast and a coming together of a fresh team. So expect the unexpected. Without giving away much about the film, the only thing I will say is that if you have laughed, cried or enjoyed with your family, that’s exactly what you will do with our film! Nitin sir, with his unique talent to say the best of the stories in the most relatable manner, has truly made a film that we are proud of. I hope the audience loves this film as much as we do.”

Also read: Tabu’s First Look From Jawaani Jaaneman Is Finally Out And She’s In A Completely New Avatar!