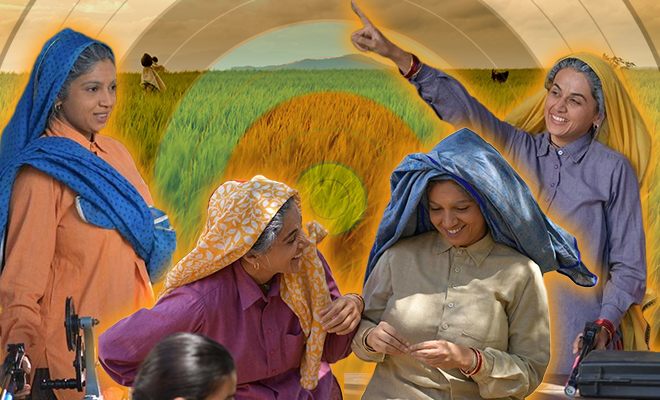 Taapsee Shares BTS From The Sets Of Saand Ki Aankh. Hers And Bhumi’s Commitment To The Movie Is Visible

There was a time, when for your movie to be a blockbuster hit, all it had to be was a mix of some over the top drama, unbelievable action sequences, a few song and dance numbers and a very predictable climax. Basically your average Bollywood mix with sugar, spice and everything nice. Except now is not that time. For now it finally feels like the industry is evolving, it is widening its horizons and explore more when it comes to making quality films. An example for the same being the upcoming release of the film – Saand Ki Aankh, starring actresses Taapsee Pannu and Bhumi Pednekar.

The two ace actresses, who have managed to deliver outstanding performances alongside veteran actors like Amitabh Bachchan and Akshay Kumar, in movies like Pink, Toilet Ek Prem Katha, Badla, etc. can be seen playing the role of two older women in their 50s who go on to become iconic shooters. Drawn from a true story, the film is a biopic on the sharp shooter sisters – Prakashi and Chandra Tomar, who chose to follow their passion of shooting in the rural Johri district of Uttar Pradesh. And if there is one thing that can be established from it, it is that the two actresses have truly done justice to their roles.

Also Read : Saand Ki Aankh’s Trailer Is Out And Taapsee Pannu And Bhumi Pednekar Have Hit The Bullseye With This One!

From the minute the trailer dropped in to now when Pink actress Taapsee Pannu shared some BTS pictures from the sets, the two women have donned the roles of the Revolver Dadis as well as it was possible. We are proud of them for rocking such intense and difficult characterisations with so much ease and finesse.

Everything, from the accent to the physical appearance, to even the nuanced gestures,  everything is on fleek. Especially with the kind of enthusiasm visible on their social media channels, it’s clear that this is a film they hold close to their hearts.

And while the story of Prakashi and Chandra Tomar, of their struggles and the journey from once complying to the orthodox rituals to later breaking free of them to create history, is inspiring on another level, the fact that Bhumi Pednekar and Taapsee Pannu have not just done justice to the roles but also given the characters the respect they deserve, it is truly a motivation for everyone to see. This is the kind of women empowerment we need to be able to drive change, as these women have. The film is slated to hit the theatres this Diwali.

Also Read : ‘Saand Ki Aankh’ Tells The Story Of Two Amazing Shooter Women And We Are Excited To Watch It