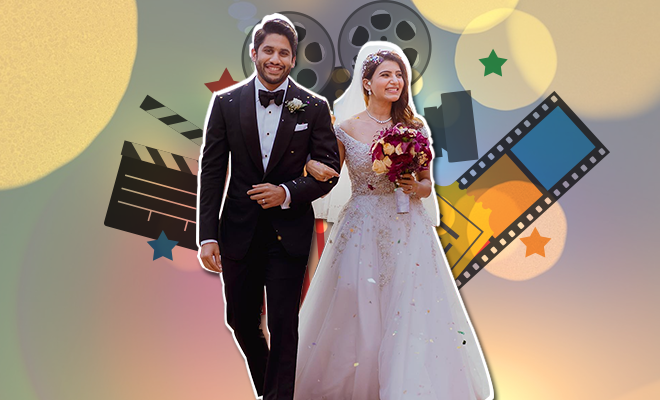 Back in the 90s, Bollywood wasn’t half as progressive as it is, in 2019. Or at least that’s what we are lead to believe. Several remarkable actresses’ careers came to a screeching halt after marriage. Nobody would work with them once they tied the knot, or they would suddenly be offered much older characters. Madhuri Dixit, Raveena Tandon and Kajol got married when they were at the peak of their career, and disappeared from films for quite a while. It’s not the case in B-town today, with the likes of Deepika Padukone, Sonam Kapoor and Anushka Sharma still ruling the silver screen irrespective of their relationship status. But it looks like not everyone thinks this way. When an actress of Samantha Akkineni’s calibre has fewer offers than ever, we don’t know what to expect anymore.

So according to Samantha, her career took a hit, the moment she announced her marriage with Naga Chaitanya. One may believe she is at the peak of her career, even now, post-marriage, thanks to the success of both Rangasthalam and Mahanati. However, she has clarified that these are the movies she had signed before her marriage.

In a recent interview, Samantha expressed, “I don’t know how much of credit I can actually take for it because there were films like Rangasthalam and Mahanati that I was doing even before marriage, and they happened to release post marriage and become phenomenal hits. So I can’t really take the credit that it happened post marriage.”

Samantha is gearing up for the release of her third movie of the year, Oh Baby. Yet, she says after marriage the offers has dried up. “I believe that now I am not getting as many films as I did before marriage, but I think that’s more because they really don’t know what to do with me anymore in the film,” said Samantha.

We don’t understand how her acting skills can be affected by marriage. She is still the same brilliant actress, so it would really be great if the industry stopped cutting down actresses’ career short post marriage. The thing is, we simply refuse to see married women as glamorous or desirable. While we can’t agree with that school of thought, it’s certainly something people believe. Almost like married women lose their sheen and are no longer wanted, their talent is simply an afterthought. Why is this still a thing?

While Samantha is loved by Bollywood too, she has no plans of making a debut here. She still believes that she can do more down South. While we wish she could work here, it’s great that she is all set to fight the system that’s long impending a change!

ALSO READ: Samantha Akkineni Celebrated Her 7 Mn Instagram Followers In A Funky Outfit And It’s Giving Us A Lot Of Joy!

This year has rather been good for the actress with the critically-acclaimed Super Deluxe, followed by Majili, in which she worked alongside husband Naga Chaitanya.