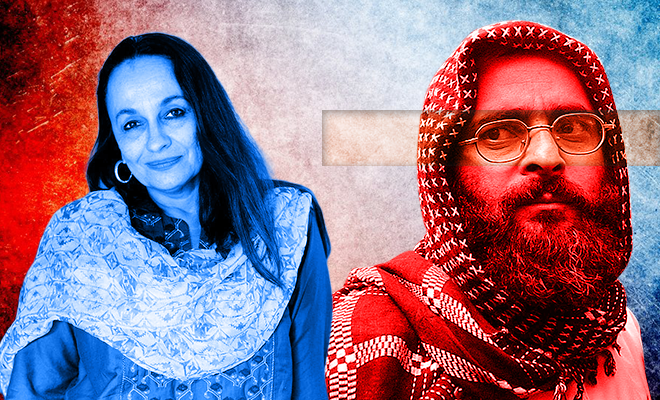 India is a democratic country, at least on paper. And in a democratic country, civilians are supposed to be on top of the pyramid. We are made to feel like we have the power to choose or overthrow a Government. We are made to feel like we have right to information and that the Government works for us. However, is that really how it is? The current scenario with CAA being forced upon us reminds us that we are, as a matter of fact, at the bottom of the pyramid. With power comes the opportunity to abuse that power and we are aware that such corruption is a legit phenomenon in our country. I am not saying that every person working for our nation is corrupted, but there are a lot of officers, politicians and Government employees with vested interests.

We as laymen aren’t even remotely close to the idea of the kind of politics, cover-ups and conspiracies that go on at the top-most level. The masses can just see what is shown to them and what happens behind those doors, remains a well-guarded secret. Which is why, till date we don’t have enough info on the case of Afzal Guru. And years after he was given a death sentence, Soni Razdan questions the same.

No one is saying he is innocent. But if he was tortured and then ordered by his torturer to do what he did isn’t that what needed to be fully investigated ? Why did no one take his allegations about Devinder Singh seriously. That’s the travesty. https://t.co/PBRhz1gGBg

On Twitter, Razdan shared a link to a story with excerpts from Guru’s letter to his lawyer back in the day, claiming that Davinder Singh was the one who asked him to help the guy out and Guru wasn’t even aware that he is a militant. In fact, he indicated in his letter that Singh plays a major role in the conspiracy. But that was overlooked and out of the four arrested, Guru was the only person who got a death sentence. He was tortured by the hands of Singh during his arrest and the latter even confessed to the same.

Finally, Guru was hung in secrecy and his family was not allowed to even meet him before his hanging. And while Singh’s involvement was pointed out, it wasn’t investigated enough. Of course, years later, on 12th January, Singh got arrested for ferrying two Hizbul Mujahideen terrorists in Kashmir Valley.

In her tweet, Soni Razdan wrote, “This is a travesty of justice. Who is going to bring back a man from the dead if he is innocent. This is why the death penalty is no to be used lightly. And this is why there also needs to be a solid enquiry into why Afzal Guru was made the scapegoat.”

His midnight hanging was proof that he was inconvenient

Her tweet created ripples and a lot of chaos, which is when in a follow-up tweet, she clarified that she is not claiming that Guru was innocent but rather asking further probe into the subject. “No one is saying he is innocent. But if he was tortured and then ordered by his torturer to do what he did. Isn’t that what needed to be fully investigated? Why did no one take his allegations about Devinder Singh seriously? That’s the travesty,” Razdan tweeted.

That didn’t go down well with a lot of people, who trolled her for making that comment. Some people on the other hand supported her. Clearly, our nation is divided on the subject and could it be coming from a place of lack of enough knowledge or a little too much? We know not of. Yet.

The traitor was hanged as per Honorable Supreme Court's Order. Not as per Sharia or any Islamic law.
We don't need any suggestion from UK citizen.

ALSO READ: Thousands Of Women Turned Up At Mumbai’s Anti-CAA Protest. All Around The Country, Women Are Taking Charge

Back in 2016, JNU students held protests opposing the same death penalty and Kashmiris believe that Afzal Guru, was being framed by Delhi Police and other officials. There are so many loopholes and the arrest of Davinder Singh only further makes us want more investigation into this matter, much like Razdan herself.

Guru had even claimed that the confession video the police made of him, was under pressure after they tortured him and threatened to harm his family. Till the end, Guru claimed to be innocent but we don’t know and won’t know until a committee is set up to find this out.

ALSO READ: There’s Nothing Wrong With Tourists Being Asked To Leave For Participating In The Anti-CAA Protests. It Wouldn’t Be Allowed Anywhere