Sonam Kapoor Talks About Cousins, Family And Sensational Headlines And She’s Got A Point 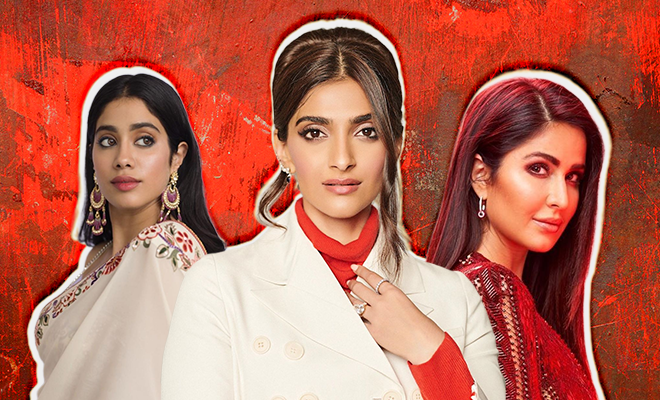 They say that your cousins are your first friends. Just like most Indian kids, I spent most of my weekends and summer vacations at my cousin’s place. We would play hide and seek and tell ghost stories. And even as kids, we took the fall for each other. I remember playing ball in the house once and I ended up breaking a clock, but my cousin sister took the blame as I sat at wept as my aunt really gave her an earful. As years went by, she went from partner in crime to my number one confidante. The entire Katrina Kaif, Janhvi Kapoor and Sonam Kapoor controversy made me think of her.

For those of you a little late to the party, let’s rewind a little. Earlier this year on a talk show with Neha Dhupia, fitness freak Katrina was asked who wears over-the-top gym clothes while working out. In response to that, she pointed out that Janhvi wears extremely short shorts while working out. She said it wasn’t over the top, but that she is concerned about her. I know what you’re thinking, why pass unwarranted comments on anyone? I’m more than sure Janhvi knows what clothes to wear, where. But this is old news now.

Shortly after that, Sonam playing the big sister took a jibe at Kat by posting a picture of Janhvi heading out wearing denim shorts and a tie-up white shirt and captioned it “She also wears regular clothes and rocks it.” Major drama alert. To preserve her friendship with Katrina, she soon covered up the statement by saying that statement was made as an inside joke about Janhvi getting papped and not as a dig at Katrina. Playing safe now, are we?

All this happened nearly two months ago, now in an exclusive interview with ET Sonam was asked about this controversy (if you can call it that.) Sonam went on to discuss the media scrutiny that her cousin Janhvi receives, maybe she didn’t expect it to be this much. She says that due to so many changes within the media, it has all come down to clickbait headlines and doing whatever it takes to make for good copy. On the other hand, she also said that she sees the media only positively and sometimes things get misunderstood drastically and that’s only part of her job. She does have a valid point, there is a darker side of media that celebrities need to deal with daily. Sometimes turning a blind eye is the way to go.

On the work front, Sonam Kapoor is all geared up for her movie The Zoya Factor to hit the theatres this Friday. Katrina is currently working on Rohit Shetty’s Sooryavanshi with Akshay Kumar. And Janhvi has her hands full with Dostana 2, Gunjan Saxena and Takht.