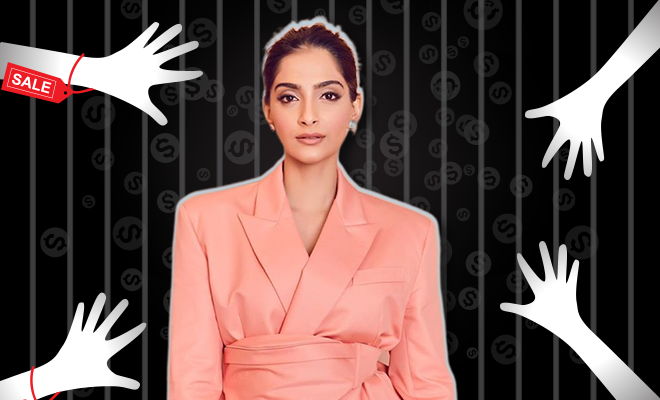 Sonam Kapoor was last seen in the film, Ek Ladki Ko Dekha Toh Aisa Laga alongside Rajkumar Rao and her father Anil kapoor. The stunning diva has been a part of movies like Padman and Neerja, which are based on real-life incidents and important social issues. Sonam Kapoor is someone who is always vocal about social issues and uses her influence to speak up about women’s issues and empowerment. The Neerja actress also took action over the case where a dog was brutally beaten by a watchman for seeking shelter in a building in Worli.

According to reports, Sonam Kapoor will be attending a charity dinner this evening the proceeds of which go towards a non-profit organisation which aims to rescue and rehabilitate trafficked victims from the red-light districts of Mumbai. The diva gave us another reason to adore her and we hope she brings change by shedding light on social issues like these.

Sonam Kapoor has already teamed up with an international organization for the sole purpose of raising awareness about causes like human trafficking in the country! Speaking on the issue, she said, “We can begin by educating our women, and even men. We need to provide employment opportunities to the victims and offer a means to a livelihood to them.”

The actress is also admired for her fashion statement and she claims that celebrities are looked upon as role models and that’s why they must take stand on situations that will make a change in society. “It’s important for celebrities who are in a position of power to be able to raise funds for issues that need to be addressed. With power and fame comes responsibility, and I believe we should use that as a catalyst for social change,” Sonam said.

Sonam Kapoor has also been talking about the #MeToo movement. “The #MeToo movement was a step in the right direction. It made society less misogynistic, entitled and changed how we think,” she concluded.

Apart from social work, on the movie front, Sonam Kapoor is gearing up for her forthcoming film, The Zoya Factor alongside south superstar, Dulquer Salmaan, which will hit the theatres on September 20, 2019!