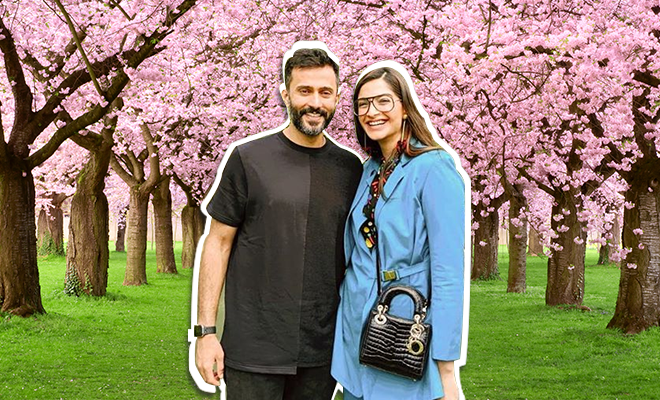 Sonam Kapoor And Hubby Anand Ahuja’s Vacation In Japan Will Make You Want To Pack Your Bags Now!

It is not easy for our Bollywood celebrities to take time off from their hectic schedules. But when they do, they really really do! Speaking of which, actress Sonam Kapoor Ahuja and husband Anand Ahuja, who are constantly making their long-distance relationship (between London and Mumbai), have now managed a getaway to Japan. The adorable couple are exploring the country like every other tourist and their pictures are pretty much our definition of an ideal trip.

Sonam Kapoor Ahuja and Anand Ahuja tied the knot in 2018 in a lavish ceremony, which was attended by their Bollywood buddies. Since then the two have been constantly seen expressing their love on social media, and are often spotted being all quirky and cute at events. The two look happy as ever in the pictures shared by Sonam on Instagram, away from all the buzz and limelight. In the picture, Sonam and Anand are seen having ice cream while in another, they looked all loved up.

Sonam Kapoor Ahuja as always nails her travel looks. Here she’s wearing a multi-coloured top and a green trench coat, while Anand keeps it casual wearing a black long-sleeved t-shirt. The photos totally describe the relaxed and fun time the two are having, and we now want to go on a short vacay too!

On the professional front,  Sonam Kapoor Ahuja was last seen in the movie, Ek Ladki Ko Dekha Toh Aisa Laga, which was a true example of shattering stereotypes and embracing love. Sonam will now be seen in The Zoya Factor with Dulquer Salmaan.