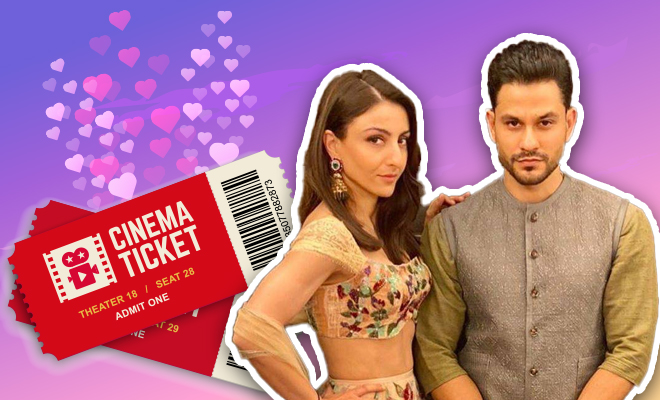 It took a young, beloved actor, Sushant Singh Rajput’s life for India’s nepotism debate to regain momentum. Before that, yes there had been conversations around it but they weren’t as amplified as they are today. And I am not saying we should boycott star kids like some Chinese apps but wholeheartedly invest in real talent that doesn’t necessarily come from a privileged background. Because you can’t just walk in with a prestigious surname and expect us to spend our hard-earned money with skills that hardly match the monies you take home.

Nepotism doesn’t even hold the candle to favouritism which is even more prevalent in Bollywood and almost every industry because human beings are pathetic in general. An actor with no film background takes forever to bag one big-budget movie with an A-lister. But if you ask me, as an audience we have a major role to play. With demand must come supply and if we truly encourage real emerging talent, no kayanaat can stop biased filmmakers from investing in them.

Recently, Kunal Kemmu and Vidyut Jammwal had to bear the brunt of favouritism and nepotism as they were excluded from a promo which included Alia Bhatt, Akshay Kumar, and Ajay Devgn. These actors virtually announced that their films will be releasing digitally owing the pandemic in a live session hosted by Disney + Hotstar. Kunal Kemmu has Lootcase and Vidyut Jammwal has Khuda Haafiz lined up too but they were excluded from the session. Kemmu took to Twitter to express his disappointment and wrote, “Izzat aur pyaar maanga nahi kamaya jaata hai. Koi na de toh usse hum chhote nahi hote. Bas maidaan khelne ke liye barabar de do chhalaang hum bhi oonchi laga sakte hai…” He basically said he can earn love and respect on his own as much as he can take leaps in his career. All he expects is an equal opportunity.

Soha Ali Khan spoke up in support of her husband explaining that nepotism and favouritism exists and we are way beyond denial at this point. She said this has been going on since forever and only recently it has gained so much momentum. In fact, Soha explained that this is not just limited to Bollywood but everywhere. I mean, haven’t we all seen a less-deserving candidate get the job while your resume remained unopened? Haven’t we witnessed an ass-licker get a promotion he didn’t deserve or a project he isn’t suitable to handle? Our world is adulterated with bias and while we are talking so much about nepotism, maybe we should also look at the gender-bias because if you’re a not a star kid and not a man, then you’re at the very bottom of the pyramid here.

Soha Ali Khan advised people to encourage talent. She suggested people should go buy tickets, watch movies that don’t have any big star or star kids, and follow deserving actors on social media. “But I believe in the powers of movies. And don’t forget about it next week,” she said.

I completely agree with her. We cannot be criticising about the perverse practices in Bollywood without doing anything about it. We still have the power to change our attitudes and organically elevate the demand for deserving talent. In fact, things have been changing and the shift is already evident. Uri became the third highest grosser of 2019, a movie which has Vicky Kaushal as the lead actor. He doesn’t have any godfather and has worked his way up. Even Sushant Singh Rajput’s Chhichhore and Ayushmann Khurrana’s Dream Girl entered the 100-crore club and were hits at the box office.

Akshay Kumar was an outsider too but today he has carved a niche for himself in the industry and had four 100-crore club movies in 2019. Although, it’s probably because back then Bollywood was much more about talent and less about nepotism. If Bollywood hadn’t given equal opportunities, we wouldn’t have Shah Rukh Khan and Akshay Kumar today. And we should continue to give love and encouragement to actors like Ayushmann Khurrana, Vicky Kaushal, Rajkummar Rao, Randeep Hooda, etc more who have time and again delivered amazing performances. And not just them, there are actors who are great performers but probably never got enough opportunities just because they couldn’t make it to the list of the self-proclaimed gatekeepers’ favourites. All of this is possible, only if we actually make it happen than just sit and criticise like aunties at a wedding.

ALSO READ:Prachi Desai Reminded Ajay Devgn To Tag The Rest Of Cast After He Only Tagged The Bachchans In His Movie Celebration Post. Why Ignore The Lead Actress?