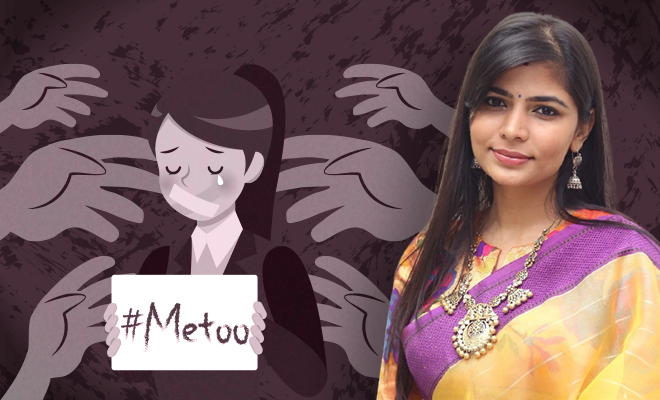 Singer Chinmayi Shares The 17th #MeToo Story Against Lyricist Vairamuthu. Why Is No Action Being Taken?

Women are often accused of crying wolf when they try to speak up about a man who had previously wronged them. No matter how much truth their story holds, no matter how much evidence or proof or even testimonies they gather, they are seldom ever taken seriously, especially when the wolf in question is actually a big dog from the entertainment industry. Almost invincible to any or all accusations against him up till now, we are talking about the #MeToo accused lyricist Vairamuthu, who has yet again been called out by singer Chinmayi.

Almost two years after being called out by Chinmayi first on October 9, 2018 along with several other women who also shared their distasteful experiences with the lyricist, Vairamuthu continued on with his life almost as if nothing ever happened. Simply paying no heed to the women who were crying out their truth out on social media, the man continued to work in the industry. When singer Chinmayi raised the topic, she was in fact the one barred from the dubbing union, while Vairamuthu was busy getting more work and shelter from the industry.

At this point, anyone can see how our misogynistic society is incapable of taking to the book a man who has been accused of something as vile as harassing and exploiting women. But not Chinmayi. Still not backing down, she is back with yet another testimony of a woman to share, making it the 17th account against the lyricist.

Almost 2 years since the second wave of the #MeToo movement.

It took her 2 years to open up to me because her family doesn’t support. Have known her for years.

And of course, does it even matter to the peeps of this society? pic.twitter.com/65sXyqUMK3

Also Read : Singer Chinmayi Sripaada Calls Out #MeToo Accused Singer Karthik Again. And Yet, No Action Is Being Taken Against Him.

Sharing the complaint, Chinmayi wrote, “Almost 2 years since the second wave of the #MeToo movement. #17 It took her 2 years to open up to me because her family doesn’t support. Have known her for years. And of course, does it even matter to the peeps of this society? (sic).”

Her report shared an account of a woman who mentioned how she met Vairamuthu at a book release, where he happened to sign her book with his phone number. She wrote about how she ignored it at first, but later Vairamuthu himself got a hold of her number and kept harassing her by making several calls to her. As much as 50 to 60 times in an hour, she stated.

My Friend will remain anonymous.@vairamuthu

Why people cannot share at the risk of their careers.

ONE MORE Allegation against @vairamuthu https://t.co/Pj13sHQ0Lb

The woman who refused to share her name because her in laws weren’t being supportive of it, shared her account of being preyed upon by this detestable man. However, with him getting the clean chit, the industry and the society both are just encouraging more men like him as they continue to abuse their power and connections.

Because ultimately, we live in a country where mere conjecture and conspiracy theories of a girlfriend pushing his boyfriend to suicide is taken more seriously, than 17 straight accounts of different women calling out a man for sexually harassing them. It is shameful to know that women in our country haven’t just been failed at every level, not just one.

However, it is empowering to see, that even after facing disappointment, or being shamed for speaking up, there are women like Chinmayi Sripaada who don’t hesitate from supporting the cause and standing up with other women against these men. In fact, she even went ahead and made a statement a while back of how if Harvey Weinstein (now convicted Hollywood mogul, on charges of #MeToo) was in India, he wouldn’t be behind bars, but partying in a club. It breaks our heart to know that there is so much truth in that statement.

Also Read : Singer Chinmayi Sripaada Says If Harvey Weinstein Had Been In India, He’d Be Partying. Unfortunately, That’s The Truth