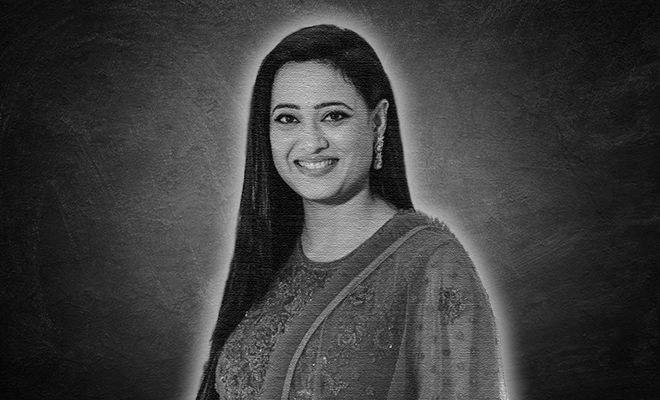 In my observation, some of the most taboo things in the society usually have to do with women either in power or wanting to be in a power, thus upsetting the apple cart of patriarchy. Be it about their right to study, getting married according to their choice or even getting a divorce, the society at large loses its head when their opinion isn’t taken into account. And one of the recent ones to come under the scrutiny is TV actress Shweta Tiwari who has been struggling with a court case against his husband Abhishek Kohli.

Shweta Tiwari, who for the better part of her acting career was known and loved as Prerna from the hit TV series Kasautii Zindagi Ki may have looked she had it all together in the show she was a lead protagonist for, but in reality has had a bit of a rocky life. When it comes to relationships, at least.

Divorced and estranged from her first husband Raja Chaudhary, Shweta Tiwari might find herself embroiled again in a bitter dispute with her second husband. And while it affects us in no way at all, given that we don’t know her at a personal level and that she’s not called her to be witness in her divorce settlement, you’d think we would have no say on her feelings but a large part of society is upset that she should divorce her second husband.

Also Read : Imran Khan And Avantika Malik Are Headed For Divorce. We Can’t Help But Hope It’s Not True!

After her divorce from first husband Raja, that did not go down so well, when the actress got a second chance at starting a family with now husband Abhinav Kohli, she did. Because we should all give love a second change, right? But little did she know, it would push her down the same path, as she is currently fighting a case against Abhinav at court, after accusing him of domestic abuse and making outrageous remarks against her daughter Palak. But he is not the only one being accused, for the Shweta too, is facing a kind of a public trial for being a woman heading towards her second divorce.

From many insinuating that there might something be really wrong with her for she is ending her for a second failed marriage, to others who are just adding on to the haye taubas for not being able to keep her family together, there is a lot that is being said about Shweta Tiwari. But what caught our attention is not the kind of trash talk people are subjecting her to and how maturely Shweta has chosen to deal it. She recently shared how all the people out there, talking and writing about her, are the same people who have wives at home, but also a girlfriend outside, and said how she did what she thought was right, because she did not decide to deal with this. She also talked about how she will set an example for all those ladies who fear what will others say, or what the neighbours will say, because they need to come out of it, because they need to think of themselves first. And we whole-heartedly agree with what she had to say.

Since ages, society has been breathing down the necks of women, nit picking on every move and every action they take,  blaming them for changing things up , and needs to be reminded that women too, have the right to look out for their selves. Not letting the pressure of the societal norms get to her, Shweta has not only taken a stand for her own daughter but also for all women out there who often feel pressurised into staying on in broken marriages. Her daughter Palak too corroborated the claims on social media a while back as she mentioned how Abhinav “did persistently make inappropriate and disturbing remarks the impact of which is only known to my mother and I.”

Further to this, Shweta talked about how she strongly felt the need to get away from the marriage that become toxic to the point of it feeling poisonous. She said, “There was an infection which was hurting me badly, I got it removed. People thought it was my hand, part of my body, but they need to understand it was poisonous and I had to take it out. And now, I am healthy again. Don’t think I am trying to portray myself happy, I am actually happy.”

“If my one hand stops working, I won’t stop living my life. I will start using my other hand. Similarly, if one part of my life goes wrong, I won’t stop leading my life. I have to look after my life, my kids, their school, their doctor, my house, my phone and electric bills.” And that is exactly the kind of spirit a woman needs to maintain to be able to take care of herself and move on with her life.

We are glad that Shweta Tiwari and holding her own and is changing the narrative around divorce as she gears up to resume acting on TV. She will be seen in Mere Dad Ki Dulhan. More power to her and every woman out there who is striving to stand her ground.

Also Read : Amrita Arora Opened Up About Malaika Arora And Arbaaz Khan’s Divorce And Said They Share A Friendly Relationship